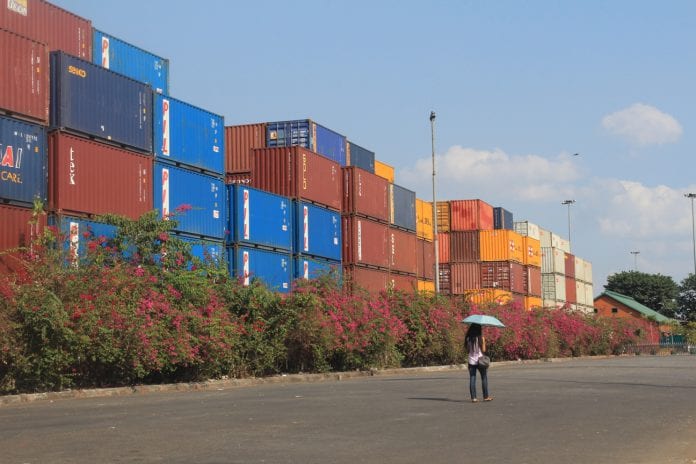 Local industrial leaders are petitioning the government to give a five-year exemption on the income tax on revenue from finished goods exports ahead of the integration into ASEAN Economic Community (AEC), U Myat Thin Aung, chair of the management committee of Hlaing Tharyar industrial zone, said.

The Hlaing Tharyar industrial park management committee sent a request on behalf of the players based in the zone to Thura U Shwe Mann, speaker of the Union Assembly, to allow the exemption so that the small and medium enterprises (SMEs) can run more sustainably and compete better with foreign firms, U Myat Thin Aung told Myanmar Business Today.

“[Local] manufacturers should be able to enjoy a five-year exemption on the two percent tax export products. We also want the tax exemption for machinery imports for the factories, which foreign direct investments (FDI) currently enjoy,” he said.

“In many other countries, export taxes are absent and subsidies are even provided for exports. Even though we don’t get subsidies in Myanmar, we should at least enjoy the exemption on the two percent tax,” U Myat Thin Aung added.

The local manufacturing industries are still very nascent and are showing few signs of improvement before the AEC comes into effect while the financial and technical support are slim, he said.

Moreover local manufacturers have to pay taxes as soon as they start producing goods while the foreign direct investments are entitled to a five-year tax holiday as part of the bid to attract foreign investments. Therefore the government should exempt export taxes on locally produced finished goods to ensure local businesses can survive, he said.

Although Myanmar Investment Commission (MIC) is targeting investments that can bring about job providing factories and value added industries as a priority in its attempt to invite greater FDI, the economy is propped up largely by resource based industries such as extraction businesses, agricultural and fishery production and gem and jewelry trade. It is also essential to promote local value added industries that can create job opportunities and ensure the growth of local businesses, analysts say.

Hlaing Tharyar industrial zone, the country’s most developed industrial zone with around 600 factories and 67,486 workers, is still facing many challenges including infrastructure shortages and land speculation.

In addition local industries are not ready to compete against the regional competitors that will gain duty-free access to the local market with the upcoming AEC as well as multinational manufacturers that will invest in the Thilawa Special Economic Zone being developed southeast of Yangon.