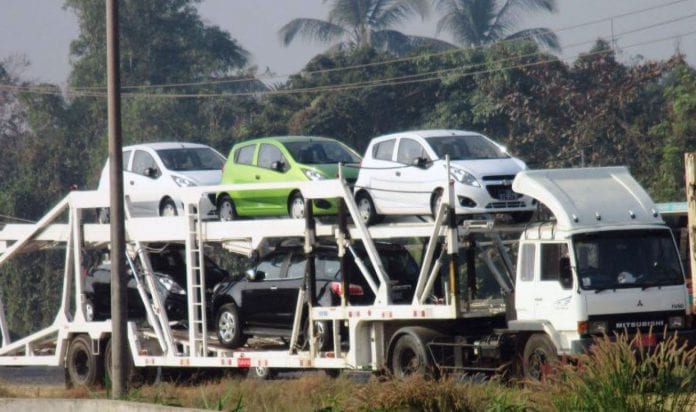 A car carrier service has begun delivering automobiles from ports to auto showrooms around the country, according to U Aung Kyaw Myo, manager of NYK Silverbird Auto Logistics Ltd, which provides the logistic service.

Previously, cars had to be individually driven from ports to showrooms, but now the firm will handle the task in bulk.

The service is being provided through a joint venture with Japanese and Singaporean companies.

“There was no such service in Myanmar previously. It was necessary to hire a driver to driver and deliver the cars, so the cars became used cars. Also there was dangers of [the cars being involved in] accidents.

“Through the new car transportation service, the cars will still be considered new, and the customers will be able to reduce their losses and uncertainty.”

The service is currently operated with three car carriers imported from Thailand. Each carrier is capable of carrying three to six cars.

More car carriers have been ordered to expand the service, U Aung Kyaw Myo said.

The service is expected to be provided not only in Yangon but also in Taunggyi, Naypyitaw, Mandalay and other cities where there are car show rooms.