Carmen Soto is a research scientist, with a master’s degree in ecology and natural resources from the National University of Saint Anthony the Abbot in Cuzco, Peru. In 1999, while writing her thesis on the “biological control for the potato moth and virus translocation in potatoes,” she met José Koechlin, the founder and chief executive of Inkaterra Hotels in Peru. He wanted to figure out how to control the wood weevil and moth, both of which had been attacking the eucalyptus beams and other wood used in building Inkaterra’s Machu Picchu Pueblo Hotel. He offered Soto a full-time job to help him.

Within a year, Soto was the resident biologist and orchid specialist at that hotel and at Inkaterra Asociación, the company’s nonprofit organization. Since then, she and her team of nearly a dozen workers have helped identify 372 orchid species, 22 of which are new. While continuing to identify new species of birds, butterflies and flora in the cloud forest, she also organizes specialized excursions for guests and educational workshops for area schoolchildren.

For her, it’s the ideal job. “The happiness I get being able to work in a field that I love — sustainable tourism and conservation,” said Soto, 55.

Eco-tourism has been a buzzword in the travel industry for some time now, with more and more hotels giving guests the option to reuse their sheets or to forgo housekeeping entirely in an effort to “protect the environment” (and, let’s be honest, save money). But some hotels, lodges and resorts have taken similar steps as Inkaterra, hiring scientists to conduct serious academic inquiry while also offering nature tours, workshops and classes for guests.

Hotel owners and managers say their ecological efforts trump any financial hits they may take.

“Inkaterra has always had a very important global commitment to sustainability,” said Claire Andre, the research and development manager at Inkaterra Hotels. “If taken separately it may not be economically profitable, but what we propose at each and all of our properties makes the Inkaterra experience unique, and this is what counts.”

Two years ago, Mashpi Lodge, perched at 3,117 feet and about a 3 1/2-hour drive from Quito, Ecuador, opened a research lab on its premises. The laboratory, just steps from the main lodge, is accessible to guests as well as international students working on their dissertations.

The lab is the creation of Carlos Morochz, who was hired two years before the lodge opened specifically “to conduct a thorough scientific study to fully understand the ecosystems within the reserve and gather as much information as possible about the plant and wildlife of the cloud and rainforests,” said Mashpi’s founder, Roque Sevilla. Today, Mashpi has 12 biologists on staff, and seven studies have been published about the frogs, flowers, butterflies and birds found there.

For Morochz, 32, who currently works as the lodge’s exploration manager and wildlife research director, taking a job at a hotel was a no-brainer. “You learn half in books in comparison to what you can learn in the field,” he said.

Johnny Gaskell would agree. Gaskell, 38, is one of six full-time marine biologists at Daydream Island Resort, in the middle of Australia’s Great Barrier Reef. As Daydream’s Living Reef Manager — that’s his official title — he is responsible for the resort’s reef restoration program and protecting the creatures of the Living Reef, one of Australia’s largest man-made living coral reef lagoons. He also runs the Reef After Dark program, when he’ll jump into the ocean at night and livestream his findings onto a giant screen for guests.

“My passion is ocean exploration and marine life education,” said Gaskell, who’s credited with identifying the Great Barrier Reef’s “Blue Holes,” or sinkholes, where healthy coral has been found. “I’m able to do both of these through my current role. I don’t mind academic work and often contribute, but I’d pick a trip out to the reef exploring with no set purpose or agenda any day.”

In many instances, guests can help conservation efforts.

In 2016, the Maldives had an El Niño event that raised ocean temperatures so high that about 60% of the surrounding coral reefs were damaged.

That’s where Eleanor Butler, the resident biologist at Soneva Jani resort, comes in.

Under Butler’s tutelage, the resort is inviting guests to help restore the coral.

“This involves taking fragments of coral which have naturally broken from the reef, and attaching them to a rebar frame before placing it in the water,” said Butler, 26. “The guest will have their name tag attached to the frame and receive biannual updates on the health and growth of the coral.”

The way she sees it, she’s able to reach more people, about climate change and the importance of reefs, than if she were working in academia.

“I have the opportunity to meet and share my knowledge with young children with a passion to learn, who may grow up to become conservationists and game changers, to figures who already have an influence in politics and legislation,” she said. “I would not be able to see these positive changes from a position inside a laboratory.” 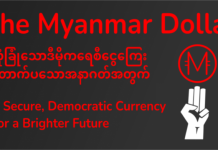