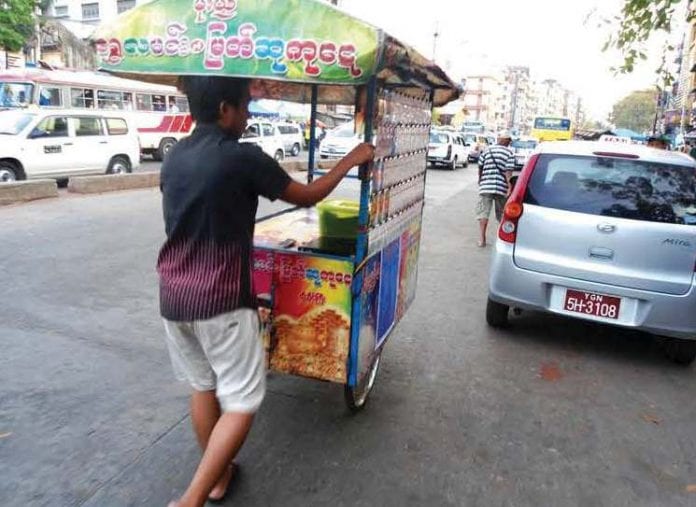 Sellers of government lottery tickets who charge higher than the official rate will face charges, an official from Aung Bar Lay Lottery division under the Internal Revenue Department (IRD) warned.

The Aung Bar Lay Bill includes penalty clauses, which are based on 249(A) of the Gambling Law.

“We haven’t drawn any penalty regulations specifically for the lottery system. We have only adopted some provisions from the Gambling Law. Violators may face both fines and jail terms based on the severity of the offence,” U Thein Naing, director of Aung Bar Lay, told Myanmar Business Today.

Wholesale lottery ticket sellers, retail sellers including vendors usually increase the price of ticket based on the order of ticket number and the time left before the prizes are drawn at the first of each month. But this practice will now lead to punishment.

“Ticket buyers have to pay taxes as per the regulation so it’s unfair for them if they have to pay more than the official price for tickets. So to regulate this we need to officially enact a law,” said U Tin Than Oo, an economic and legal expert.

Currently, Aung Bar Lay lottery division sells tickets to distributors at a price of K200 per ticket and gives an extra ticket for every 10 purchased.

Aung Bar Lay should encourage distributors to stick to the official price by providing incentives such as rewards based on number of sales, U Tin Than Oo said.

However, ticket sellers are selling tickets for higher price to cover operational costs including office rental fees and employee wages. An agent usually gets 10 percent on the official ticket price.

“Distributers sell tickets to local distributors with the wholesale price of K240 per piece, and they resell those to the vendors for K260 per ticket, and the vendors usually sell them for K300,” an employee from Moe Yan Shwe La Min and Myat Sukaday, a major distributor of Aung Bar Lay lottery ticket, said. Distributers also have direct retail outlets and they will also sell tickets for K300, he claimed.

The lottery division sells over 32 million tickets every month, earning over K6 billion. Sixty percent of this money is used for prizes and the rest goes into the state coffers.