Low-Cost Housing to be Built on Dagon Port Authority Land 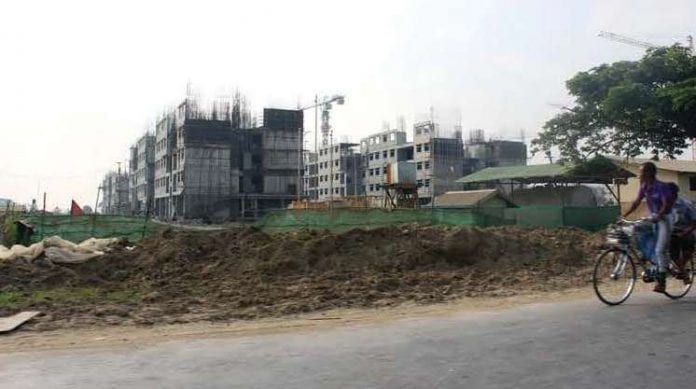 A low-cost housing project will be built on 150 acres of land currently held by the Dagon Port Authority, an official from the Department of Human Settlement and Housing Development said.

“We invited tenders for this project three months ago, and have just finished our selection process. Three companies have been awarded contracts,” U Yu Khaing, director at Department of Human Settlement and Housing Development (DHSHD), told Myanmar Business Today.

Works on the housing projects are expected to begin soon, sources say, and the projects will include both low-cost and regular housing units. The exact number of rooms will be announced next month.

“We have had to redesign the housing project due to increased restrictions. Because of this we will only get to know the exact number of rooms next month,” said U Nay Min Htet, deputy director at DHSHD.

“The housing project will include five buildings. We are currently surveying the land to be used for the project and submitting designs for approval. Construction will start in June,” he added.