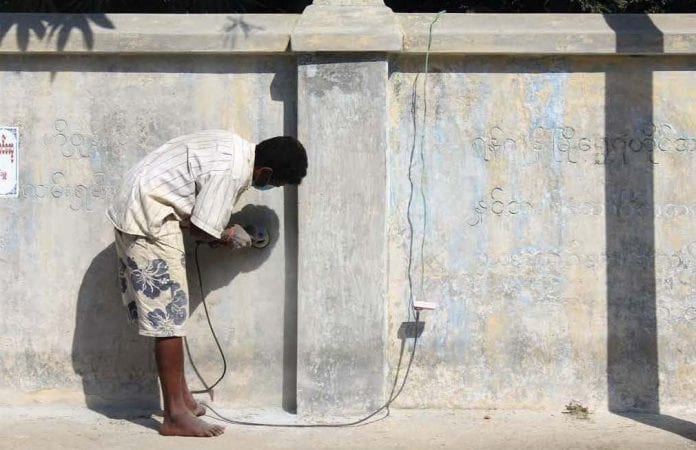 When the minimum wage standard established by the Ministry of Labour, Employment and Social Security (MoLESS) comes into effect, the capacity of the labour force also needs to increase accordingly, according to a survey by job site work.com.mm.

The survey referred to the International Labour Association’s (ILO)’s 2014-2015 global wage report, which revealed that the rise in minimum wage standards in the Asia Pacific region did not stimulate economic growth.

Myanmar has not set an official minimum wage standard, while many unskilled labourers are struggling to make ends meet with their daily income.

According to the ILO report, the profit margins and the capacity of the workforce in small and medium enterprises (SMEs) are important considerations for a wage increase. The availability of skilled workers who can perform in accordance with their wages can drive economic growth, it added.

The capacity development of the workforce, along with the rising wage is necessary for the growth of businesses as well as the solution to the insufficiency of skilled labour, according to a survey of employers by work.com.mm.

“The gap in benefits between the skilled and unskilled workforce is exceptionally large in Myanmar. If the manual labourers can receive benefits such as holidays as allowed by law, this could lead to an increase in capacity, although not necessarily increase in their wages,” said May Mya Thu, a spokesperson for work.com.mm.

Although Myanmar has a high demand for employees, there are not enough competent workers to fill these spots, according to work.com.mm.

Economists say that the lack of skilled labour is one of the major barriers to foreign investment.

According to the ILO’s report, Australia has the highest minimum wage standard in the Asia-Pacific region, while Nepal has the lowest.