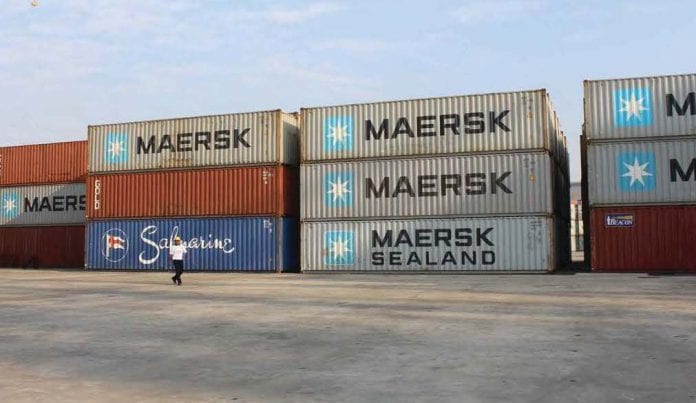 The new service, Intra Asia 5 (IA5), will provide a direct trade link between the two countries as China is Myanmar’s biggest trading partner, accounting for an estimated 45 percent of all imports from Asia to Myanmar, the Danish shipping company said.

“We expect trade volumes in Myanmar to grow significantly. Although current trade is mainly to other Asian countries such as China, Vietnam and Thailand, we see unveiled potential for Myanmar’s garment exports to other markets such as the United States and Europe.”

The new IA5 service will considerably reduce the transit time from ports in China to Yangon. Imports from Shanghai to Yangon previously took 18 days but the IA5 will cut transit time to 13 days, providing a direct service which eliminates any need for transshipment of the cargo in Southeast Asia.

Maersk Line and MCC Transport opened their agency office in Yangon in May last year and are among the few carriers that operate from their own office in Myanmar.

Within the last two years, the firms have bolstered their presence in Myanmar through investments in service expansion into the Port of Yangon. They previously purchased space from other shipping lines but now operate their own dedicated two weekly and one biweekly services.