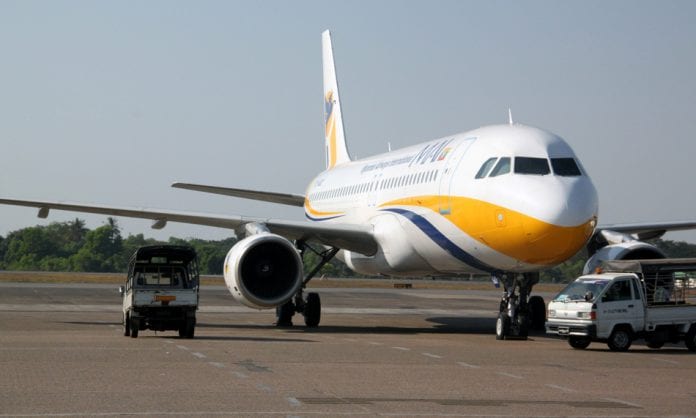 State-run airline Myanmar Airways International (MAI) said it will launch regular flights between Kansai International Airport in Osaka and Yangon in the fall.

The flag carrier of Myanmar is planning three flights a week, an official said.

The new route is expected to capture potential demand in western Japan amid a growing number of Japanese companies opening businesses in the Southeast Asian country.

The airline said the new flight services will mark the second regular flight linking Japan and Myanmar following the launch of flights by All Nippon Airways (ANA) between Narita International Airport near Tokyo and Yangon.

Khin Maung Latt, chairman of Myanmar Airways, said at a press conference in Osaka City that the airline has been preparing for the launch of the flights for a year and a half, and aims to set the airfare at the same level as or cheaper than that of ANA.

The chairman said MAI eventually plans to link services from Myanmar with Tokyo’s Haneda airport as well as Fukuoka airport in southwestern Japan.