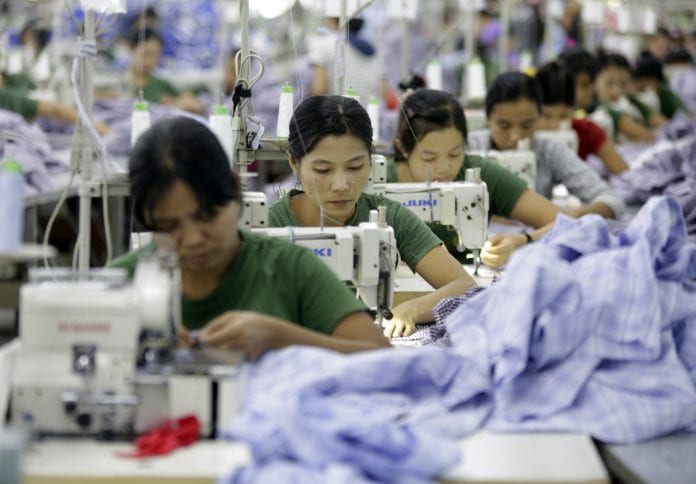 Myanmar opened its international convention center on January 5 in the new capital of Nay Pyi Taw. This would be the main venue for the regional summits and meetings of the Association of Southeast Asian Nations (ASEAN), which the country will chair for one year in 2014. It actually hosted the ASEAN Coordination Committee on Investment last weekend.

Myanmar’s chairmanship comes at a watershed moment. As a nation, leading the ASEAN represents an important validation of the scale of opportunity that has resulted from the reform process that has been occurring since 2011, showcasing both the extent of the road thus far travelled and providing a powerful incentive to stay on track for the planned national election in 2015.

However, there is an additional narrative underway – one that is less obvious but equally powerful. Myanmar’s term coincides with a delicate moment for the apparel industry, which is the leading export engine in many of the region’s developing economies. For ASEAN members such as Cambodia, garment exports now account for roughly 75 percent of total merchandise exports and represent about 10 percent of GDP; comparable statics are true of other ASEAN members.

Despite this, apparel is an industry routinely plagued by poor working conditions and heavy pollution. Since the collapse of the Rana Plaza factory in neighbouring Bangladesh in April 2013, which killed more than 1,100 workers, working conditions in the industry have come under serious scrutiny. The systemic issues the industry faces were further highlighted when the recent two-week nationwide strike for higher wages in Cambodia’s readymade garment industry was ended by the police using force, killing at least four protesters.

Myanmar now has South and Southeast Asia’s lowest garment wages at $30-35, compared to $68 in Bangladesh, $68 in Indonesia, $77 in Laos, and $90 in Vietnam, all of which have faced rises in garment wages.

Based on size alone, Myanmar has lots of potential. It is geographically roughly the size of the state of Texas, or Germany and Italy combined, and contains about 60 million inhabitants, as well a migrant population. Myanmar is logically positioned to fulfil the basic equipment manufacturing needs that other markets can no longer easily (or affordably) satisfy.

But how the apparel industry evolves will matter for Myanmar’s development path, though its readymade garment industry is still small. Approximately 350 garment factories currently operate in the country, which is tiny when compared to major sourcing locations in South Asia. Myanmar earned about $917 million in 2012, progressing from $770 million in 2011. Apparel exports to Japan contributed $348 million and a further $183 million to South Korea.

The industry is growing fast, and the development of ASEAN will give a further boost to investment and offshoring from higher cost locations such as neighbouring Thailand. Factories are currently operating based on a Cut, Make, Trim (CMT) approach, providing only basic value added. Myanmar aims to upgrade its production systems from a contract manufacturing (more than 90 percent of national factories) to Original Equipment Manufacturing (OEM) and Original Brand Name Manufacturing (OBM) over time. This shift will need to be supported by an adapted legislative framework. Estimates for export potential are about $5-6 billion within a few years. Most recently, the Myanmar Investment Commission (MIC) began approving foreign investment in the country’s garment manufacturing industry. This has generated major interest from international investors, next to current leading investors from China, Japan and Korea. Human capacity and installed infrastructure are a few additional features that are critical to conditioning the growth potential of the apparel industry in Myanmar.

Yet there are problems on the horizons even as the country seeks to seize the opportunity. The migration to Myanmar of the poor working conditions that are routinely tarnishing the development record of other sourcing locations would be a disaster. The risk of a growth path that simply leads to a production cluster with thousands of sweatshops, thus recreating the abuses and controversies associated with the apparel industry in neighbouring Bangladesh, is real.

In fact, a respondent to an online survey Impact Economy recently conducted on the future of the global apparel industry commented that one of his worst fears is a “transfer of the industry to Myanmar with no local NGOs or unions, [and] exploitation of workers.”

The good news is that a sounder approach is possible, one that links greater competitiveness with improved social and environmental performance. Although the textile and garment industry has built a long track record as an engine of industrialisation and development ever since it kicked off the UK industrial revolution 250 years ago, surprisingly vast pockets of potential productivity gains (economic, social, and environmental) remain by and large untapped. 20 percent of chemical inputs, up to 40 percent of energy, and up to 50 percent of water can be saved in the manufacturing process – provided production is redesigned, infrastructure upgraded, and workers and management appropriately trained. However, a clear roadmap for the industry to achieve this transformation has been missing.

To help address this need, Impact Economy – a global impact investment and strategy firm – has just issued a report “Creating Sustainable Apparel Value Chains”. The goal of the report is to make the needed information available so that industry stakeholders can start to build a common way forward. The structural frame laid out in the report links greater resource productivity with a change agenda that enhances working conditions and environmental impact.

For this industry transformation to be achieved, four key levers need to be acted upon, including: (1) achieving greater total resource productivity and transparency across the supply chain; (2) using (impact) investments to enable industry infrastructure upgrading; (3) tackle working conditions with a higher level of ambition; and (4) understanding and reproducing the best practices of frontrunner producers.

As the reform path continues, Myanmar’s garment industry has the potential to grow well beyond $6 billion in annual exports – provided upgrading is successful and issues such as compliance with basic worker issues and factory safety standards, standardised payroll, and minimum wages can be addressed productively. Sustainable production is important for social peace, attracting foreign investment and the awarding of duty free access to the EU. All of which are critically needed milestones for kicking off substantial sector growth.

Myanmar, in its role as chair of the ASEAN this year, will play a leading role in making sure that the priorities of the ASEAN roadmap in relation to efforts to establish the ASEAN Community are properly implemented. American sanctions initiated with an arms embargo in 1993, and widened in 2003 to include all new investment, as well as a ban on imports from Myanmar, are now history. The nation’s opening up to the world after decades of closing itself off to foreign interests has the potential to usher in a great takeoff. GDP growth is forecast to average 6.9 percent a year from 2014/15 to 2018/19, and investment spending is expected to expand by 14.3 percent a year on average (up from 12 percent in 2000/01).

Myanmar is now in a position to influence the developing ASEAN Vision far beyond 2015. Combining humane working conditions and simultaneously achieving an improved environmental footprint and competitiveness is possible in apparel. And sustainable development should be a key to the ASEAN vision and reflected in the corresponding sector policies.

Maximilian Martin, Ph.D. is the founder and global managing director of Impact Economy. Before creating the brand Impact Economy and founding the firm, he served as founding global head and managing director of UBS Philanthropy Services. Dr. Martin also created the first university courseon social entrepreneurship in Europe. His work, and more than one hundred articles and position papers, have helped define the trajectory of market-based solutions and the impact revolution in finance, business and philanthropy. He was invited to write the primer on the status of impact investingfor G8 policymakers in 2013, which considered the potential and development options for this new $36 billion branch of the financial industry.