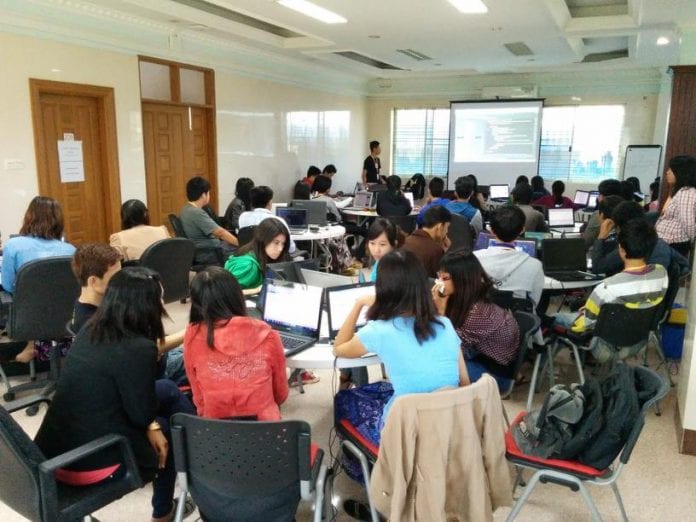 More than 40 developers took part in the two-day Android development training program, according to Ooredoo, a patron of the event.

Android Bootcamp is for those who already have basic knowledge and skill in programming language.

Despite great interest, with increasing mobile data and smartphone adoption, one of the gaps in the market in Myanmar at present is the lack of suitable and localised mobile applications.

Ye Lin Aung said: “We hope to do more events like this. Not even only for Android and mobile, we could reach out to web development area as well.”

The inaugural Android Bootcamp 2014 was held in Yangon on September 27 and 28, with more than 50 people attending the bootcamp to learn to develop Android applications from the scratch.

The course was based on a similar Android development program on Udacity: “How to develop Android Apps”.

Ideabox is a community of entrepreneurs, backed by Ooredoo in Myanmar and Indonesia, that aims to work as a startup incubator and accelerator for existing IT companies. Ideabox Myanmar is a collaboration between Ooredoo, Pollenizer and Silicon Straits.