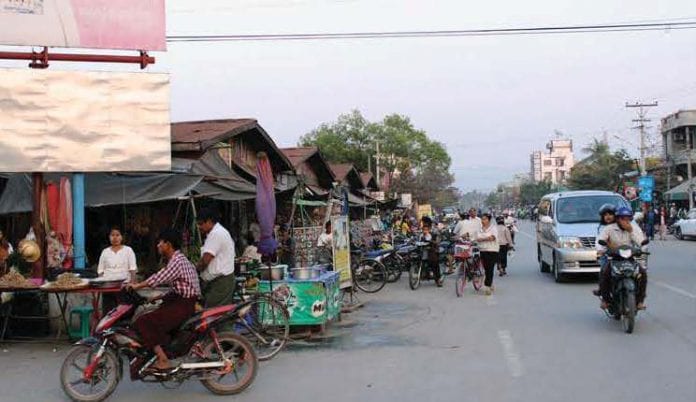 The first stage of an industrial park being built in Myotha area of Mandalay region will begin operations in April, according to a senior official from the regional government.

The Mandalay Myotha Project has been implemented on a 10,000-acre land by the Mandalay Myotha Industrial Development Public Co since 2013. The project’s first phase, which is on 460 acres of land, will be finished soon, U Kyaw Myint, Mandalay region’s minister for electricity and industry, said.

“The unique aspect of this project is that it includes a river port that can facilitate cargo shipments towards upper Myanmar through the waterway. The port will be adjacent to the industrial zones so goods can easily be moved to and from the plants and warehouses,” he told Myanmar Business Today.

The project, planned to be developed in various phases and finished by 2020, was approved by the lawmakers at the fifth regular session of the regional parliament in 2012. In addition to industrial zones, a port, warehouses, an 18-acre modern golf estate, hotels, retail centres and international schools will also be included in the project, U Kyaw Myint said.

The project, when finished, is expected to create numerous job opportunities for the locals and reduce logistic costs for trading by providing an easy access to the waterway along the Ayeyarwaddy river, the minister added.

The regional government said it is also preparing a master plan for conserving the ecology and natural sceneries along the Ayeyarwaddy.