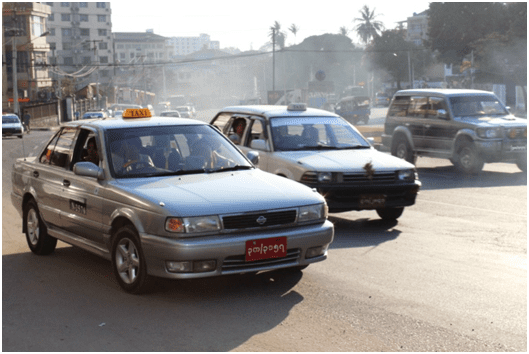 The authorities have suspended granting permits to import latest car models to run as taxis in Mandalay region, a minister said.

Recently, the government granted about 3,000 permits to companies that wanted to import high-end, latest car models to run as taxis in Mandalay and Yangon region.

However, the government has suspended granting licences temporarily as there have been reports of companies taking advantage of the system as they import high-grade cars and sell those for personal use.

“We granted permits, mostly to Yangon-based companies and only two Mandalay-based companies, as we wanted the public to enjoy comfortable transport services. Now, we will investigate whether these companies really run taxi service or not after they import the cars,” said U Kyaw San, regional minister for transportation, Mandalay Region.

A total of 2,825 cars were allowed to be imported for 30 companies which applied for the automobile import licence to run taxi service projects. Due to the delay in procedures in importing these cars, few taxis are running the service in practice.

As of March, a total of 286 cars were imported under the scheme.