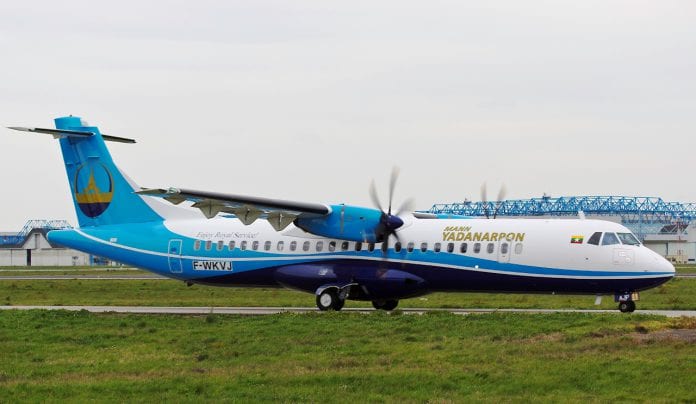 “To serve the growing number of passengers we have purchased another plane and we will expand our schedules more,” said U Kyaw Myo, CEO of Mann Yadanarpon.

The airline currently flies to Yangon, NyaungU, Mandalay, Heho, Kengtung and Tachileik with the first ATR 72-600 that arrived in February.

U Kyaw Myo said the domestic carrier will buy one Airbus A320 plane and expand to international routes within three years.

In addition to its scheduled domestic flights, the aircraft will also serve as a chartered flight for domestic and regional destinations, he said.

U Kyaw Myo said delivery of another ATR72-600 aircraft by October is in the pipeline.