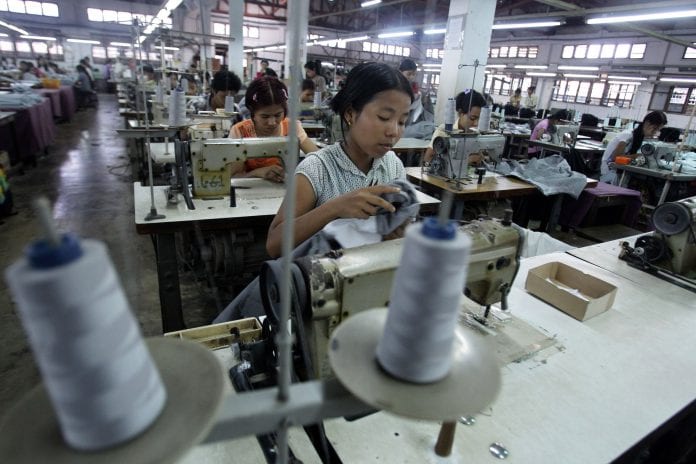 Over half of the total foreign investment made in the current 2013-14 financial year went into Myanmar’s manufacturing sector, a top Myanmar Investment Commission (MIC) official said.

“Manufacturing sector has developed significantly during this financial year. More than 80 percent of the foreign investment came to this sector,” U Aung Naing Oo, director general of MIC, said.

“Foreign investment is now pouring into manufacturing and agricultural sector as we industrialise our country and make agriculture more mechanised. Such investment improves the capacity of local products and creates job opportunities,” U Naing Oo said.

However, investment in natural resources sector has been sluggish over the past two years, he said.

In 2011-12 fiscal, Myanmar received about $4.6 billion in foreign direct investment, however, Chinese investment in the Upper Chibwe hydropower project comprised $4.3 billion of that, meaning a meager $300 million investment in other sectors.

During 2012-13 financial year, foreign investment stood at $1.42 billion, with investments in hotel and tourism projects being on top.

Currently, countries from the EU and the Middle East are showing growing interest in investing in Myanmar following the rapid pace of economic reforms.