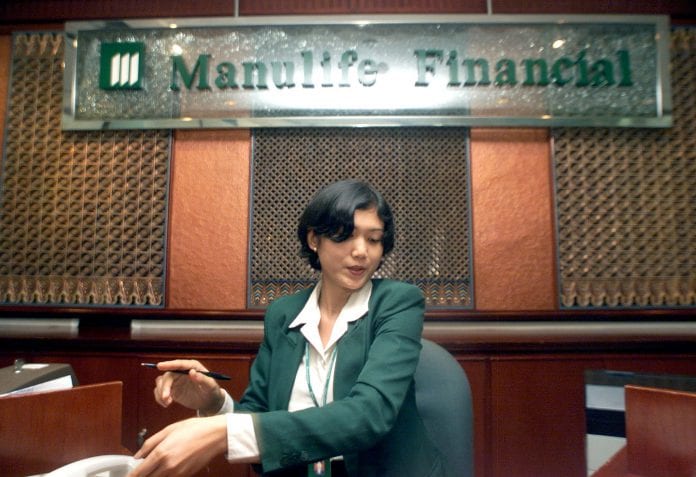 The company, which operates in 11 Asian markets including Thailand and China, opened a representative office in Myanmar’s largest city Yangon recently, and plans to sell life insurance products to the country of about 60 million people.

Manulife, Canada’s largest life insurer entered Myanmar in 1903, when the country was known as Burma, and left in 1942 as the World War II broke out.

“We’re convinced Myanmar is on the threshold of a great opportunity,” Indren Naidoo, Manulife’s regional executive, said in a statement.

“Myanmar has a real opportunity here in terms of catching up with the kind of growth and development we’ve seen in other parts of this region.”

Myanmar’s middle-income earners are set to double by 2020, according to the Boston Consulting Group, leaving more disposable income for residents to buy insurance products. It is forecast to reach one of the highest growth rates in Asia, with a GDP gain of 7.8 percent this year and next, according to the Asian Development Bank.

Myanmar’s government has been shaping a more investment-friendly country by unifying the exchange rate, creating autonomy for the central bank, reforming tax policy, pumping funds into social and physical infrastructure, and developing the financial sector after five decades of isolation and military rule.

Last year, Myanmar took the first steps to liberalising its insurance sector by issuing 12 licences to private domestic insurers. Before that, state-owned insurer Myanma Insurance enjoyed a monopoly for about 50 years.

The government has signalled that foreign insurers and banks would be allowed to start operating in Myanmar as early as 2015. Major insurers such as Prudential, MetLife Inc, AIA Group Ltd, ACE Group and Sumitomo Mitsui have also opened up representative offices in anticipation.

“Myanmar was actually one of Manulife’s earliest markets in Asia. We’re confident that, in light of its large, dynamic population and the positive changes in its economy, it can be a major part of our future too,” Robert Cook, president and chief executive of Manulife Asia, told the Wall Street Journal.

Some estimates suggest that a measly 0.5 percent of Myanmar’s population have insurance coverage. Although affordability is likely a key hurdle for some consumers, insurers are betting that is likely to change over the coming years given the country’s relatively robust pace of economic growth, its abundance natural resources and a government pledge to reduce poverty.

“Its economy is small now, but it’s growing at 8 percent a year – that’s more than China, and its population is twice the size of Canada,” Naidoo said.

Myanmar is also attractive to insurers because it has a young population with the median age being 28 versus 42 in Canada, he added.

“And there’s also a tremendous energy among ordinary Burmese families to get on in life, and catch up with the growth in neighboring countries,” said Naidoo.