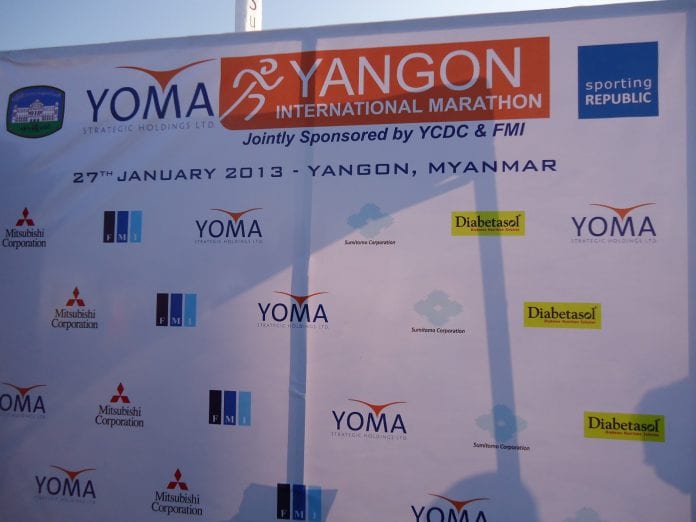 Yangon’s emergence as a sporting city continues this week with the hosting of the city’s first ever International Marathon.
The Yangon International Marathon, which will include a 10 kilometre challenge as well as a three kilometre fun run alongside the main 42 kilometre event, will be on 27 January, starting and ending at People’s Park on Pyay Road.
“We have over 1,000 participants involved in the inaugural Yangon Marathon, which is astounding considering the general attitudes to health and fitness in Myanmar.
For example, it’s not a common occurrence to see a Myanmar person going for a run around the block,” said Jessica Shea, marketing executive of the event's organiser Sporting Republic.
“We hope the number of participant will increase to 4,000 by 2014,” she added.Sporting Republic aims to host the Yangon Marathon annually with the possibility of more international sporting events being hosted in the future.