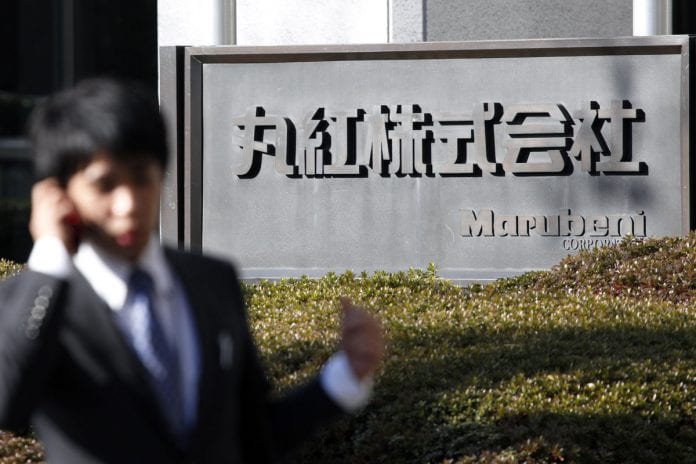 Japanese trading house Marubeni Corp said on Friday it will build a 1,800-2,000 megawatt coal-fired power plant in Myanmar in a joint venture with Thai utilities, for a total investment of 300 to 350 billion yen ($2.78-$3.24 billion).

The plant will be built in Tanintharyi region in southern Myanmar. About 80 percent of its output will go to Thailand and the remainder to Myanmar, which experiences regular power shortages.

Marubeni plans to form a consortium with Thailand’s state-controlled PTT Pcl, and state-owned Electricity Generating Authority of Thailand (EGAT), as well as two other local firms, one in Myanmar and another in Thailand.

The contract is the latest in a series of overseas power generation projects won by Japanese trading houses.

Mitsui & Co Ltd said in June that it would build and operate a $3.3 billion coal-fired power plant in Malaysia in cooperation with a local state-owned company.

Marubeni aims to start construction of the plant in 2016, a company spokeswoman said, according to a Reuters report.