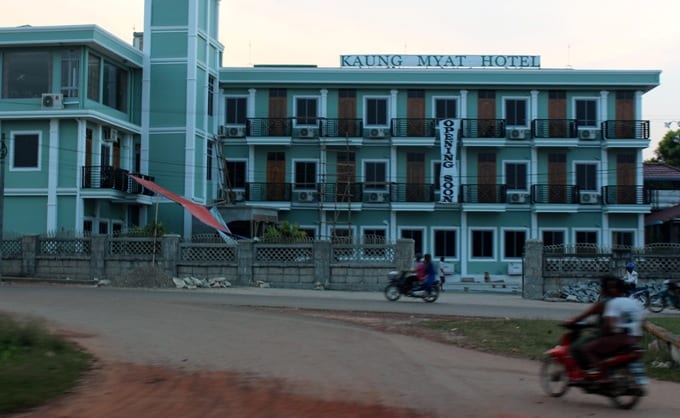 The city of Mawlamyine in Myanmar’s southeastern Mon state is to get more upscale hotels as an increasing number of foreign investors are taking interest in business opportunities in Myanmar’s third largest city.
Hotel owners in Mawlamyine said new hotels will be built to deal with the surge in both businessmen and tourists to the city, which is renowned for its rubber and marine products.
“Currently, there are 17 hotels [in Mawlamyine] and eight guesthouses. More and more foreign tourists are coming to the city, as well as foreign businesspeople, so we must strengthen the city’s hotel business,” U Myint Swe, owner of Thit Sar Hotel in Mawlamyine, told Myanmar Business Today.
U Myint Swe added that recently Thai airline Nok Air has launched new routes connecting Thailand’s Mae Sot and Bangkok with Mawlamyine, which led to an increase in foreign visitors to the city, something that the hotel industry must be ready for.
“Now, we are seeing new tourists in Mawlamyine every day,” said Ko Aung Than, a Mawlamyine resident. “The majority come to see popular tourist sites near the city such as Kyaiktiyo Pagoda (Golden Rock), Than Phyu Zayet and Set Se, while foreign businesspeople look at investment opportunities,” he added.
Many staff members from the hotels in the city have also been sent on security courses in a bid to provide more protection to the foreign visitors – particularly, since a series of bomb blasts rocked the country in October.