Mazda Cars Now Available for Purchase by Instalment in Myanmar 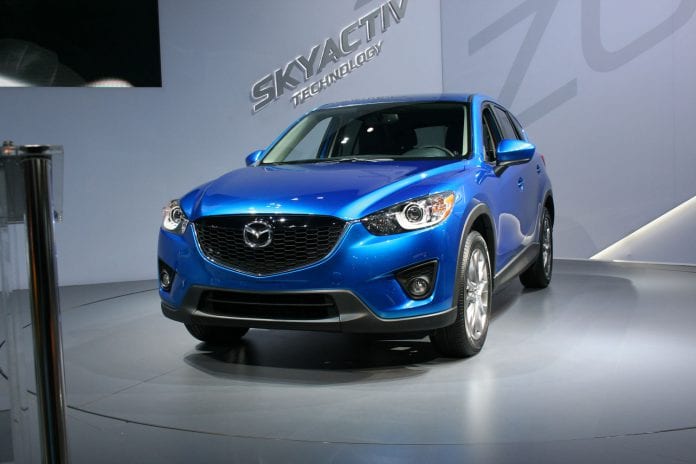 A customer have to pay 20 percent of a car’s price as down payment at first and the rest can be settled through Ayeyarwady Bank by instalments, Thet Su Mon, sales manager from Cycle and Carriage Automobile Myanmar (CCAM), said.

The company gave prospective customers a chance to test ride Mazda cars from 12 to 16 February at Junction Square in a bid to lure more buyers. Mazda CX5, CX-9, BT-50 and Mazda2 were also on sale at the fair.

Automobile dealer U Myo Aung from Old Thirimingalar car dealing station said, “It would be very convenient for us and Mazda enthusiasts to buy Mazda cars now. It’s a special opportunity and as a car dealer we can take advantage of this offer and make profits.”

“Mazda cars are manufactured with SkyActiv technology to save fuel consumption. Test driving Mazda cars before buying is a special chance for a buyer,” a Mazda car enthusiast Aung Lin said.

Inoue Hiroshi, chairman of Mazda Motor Corp, announced in September last year that the carmaker will launch an authorised showroom in 2014 with CCAM. Mazda’s showroom is located on Kabar Aye Pagoda road in Yangon and the service centre is on Ywar Ma road in Insein township.

CCAM is the sole dealer for Mercedes and Mitsubishi automobiles in Myanmar besides Mazda.

As part of a plan to sell cars in all member countries of the Association of Southeast Asian Nations (ASEAN), Mazda plans to send a range of vehicles to Myanmar rather than only sell low-grade models, its Chief Executive Masamichi Kogai told Reuters last year.

“The purpose is to build our brand and create Mazda fans,” he said.

Myanmar’s new car market started to bloom around 2011, after the quasi-civilian government of President Thein Sein took over and overturned imports restrictions of the military government.

There are around 340,000 passenger cars registered in Myanmar, government data shows, shared among a population of more than 60 million people. Most of the cars are Japanese.

About half a dozen companies from Japan, India, South Korea and the United States are currently manufacturing cars or have showrooms in Myanmar.