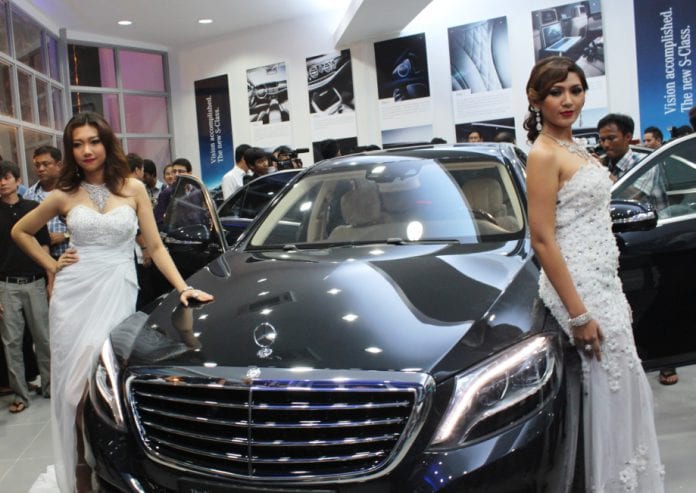 German car giant Mercedez-Benz opened its first showroom in Myanmar on November 29.
Located in Yangon’s Mayangone township, the new showroom will exhibit the 2014 Mercedes-Benz S-Class and will officially open for servicing of Mercedes cars in 2014.
Official imported car spare parts and servicing will be offered by German-trained technicians at the showroom’s workshop.
“We appreciate having the opportunity to officially sell new Mercedes-Benz cars and spare parts as well as the servicing of cars in Myanmar,” said Wolfgang Huppenbauer, CEO of Daimler Southeast Asia, who will distribute Mercedes-Benz cars. “Now, purchasers of Mercedes-Benz cars can overcome uncertainty and dissatisfied service,” he added.
Myanmar’s auto market has seen huge potential in recent years. Under the country’s military rulers, car import taxes were so expensive that very few citizens were able to own cars. However, the quasi-civilian government that came to power in 2011 has made cars available at a much more reasonable price.