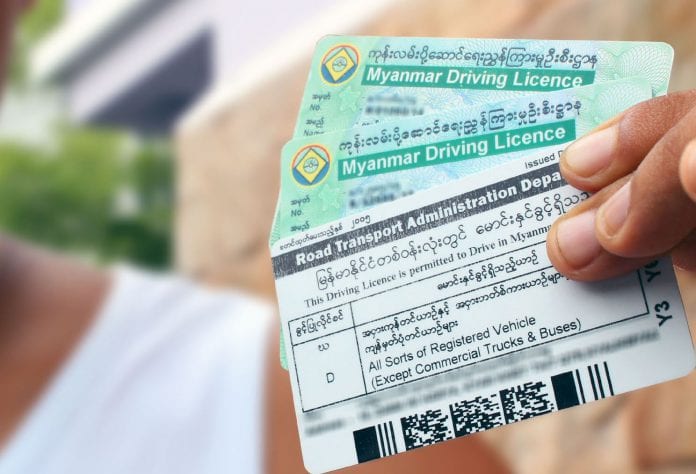 The Department of Transport said as soon as next April it will begin issuing driving licences embedded with microchips for added security due to an influx of counterfeit driving licences.

These microchips can be checked on mobile phones with particular software. Action can be taken immediately if it is found that the licence is counterfeit, the department said.

U Tin Maung Swe, deputy director general of the Department of Transport, said the department is making the move as driving licence checks are slow and outdated.

“The current system is a UV system. When we check the licence, we check the photo, card number, and security measures such as holograms. But this procedure is not fully effective. It is difficult to differentiate immediately between real and counterfeit licences. So, we are planning to use microchips.”

The department has asked the parliament to allocate funds to implement the system and expects the budget to come through in the beginning of the next fiscal year, which starts in April 2016.

“The plan will be implemented with consultation of experts as soon as possible after we get the budget.”

From now, any complaints regarding licences can be made to respective departments if there is anything suspicious, and actions will be taken immediately, claimed U Tin Maung Swe.