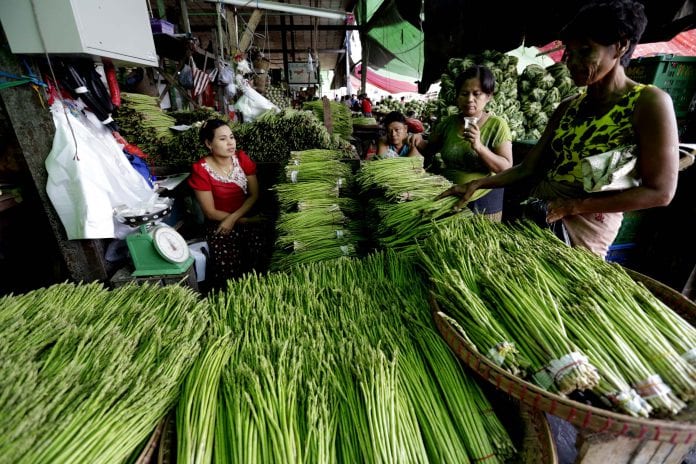 Exports earned K5.93 trillion ($5.93 billion) and import volume reached K8.01 trillion ($8.01 billion) during this period, she said while presenting a report on National Economic Plan, released by the Ministry of National Planning and Economic Development.

The report outlined the government’s progress in the second half of the 2013-14FY.

Fulfillment of microeconomic objectives surpassed the target and reached 125 percent of the planned goals, an improvement in performance of 7.5 percent compared to the same period last year, the report said.

The period coincided with the harvest season, which produced over K9.17 trillion ($9.17 billion) in the agriculture sector.

The financial services sector during the second half of the 2013-14 fiscal year saw the expanding of bank branches, which increased by 210 to 695, while 470 private money exchange counters have been approved during the period.

The government has increased electricity supply in many states and regions thus reducing the private usage of diesel to run generators for household or commercial purposes.