Mifan not Htamin: Rice Bags Must be Printed in Chinese 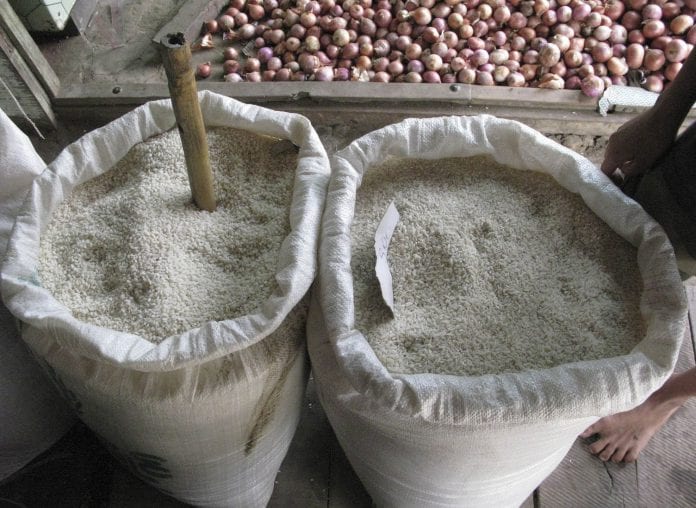 Legal exports of rice to China must include rice bags printed in Chinese language, according to an official from the Myanmar Rice Federation (MRF).

The export of rice occurs mainly through the Muse border, where legal exports have recently started, but most rice passes through unsanctioned and illegal trade routes.

According to the an agreement reached by the two sides, 200,000 tonnes of rice will be allowed to be exported to China, provided that exported rice is of high quality and hygienic, according to standards set by AQSIQ, a Chinese quality control agency.

U Nay Lin Zin, associate secretary of MRF, said, “The process of production, type of machine, type of rice, the packaging system, when it was produced – all should be written in Chinese and English. It won’t be accepted by the AQSIQ if traders don’t follow [the rule].”

Prices are seen as unfair and traders are often arrested. Discussions between Myanmar and Chinese officials to stop arrests have been ongoing since 2014.

The Myanmar Agribusiness Public Corporation (MAPCO) is expected to start the first shipment of legal export of 3,000 tonnes of rice to China soon, according to the federation.