Minimum Wage Enactment Could be Months Away 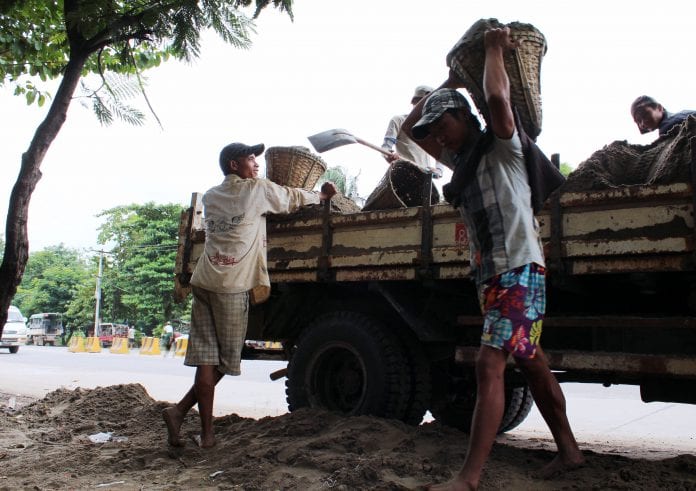 U Aye Myint, minister for labour, employment and social welfare, told the media that a minimum wage of between K3,000 and K4,000 per day will be announced during this week.

“One step is still left to identify the minimum wages. But we will announce before end of the month. The rate will be between K3,000 and K4,000,” he said on June 24.

Dr Sai Khaing Myo Tun, a representative of labour association who attended the conference, told Myanmar Business Today that a preliminary agreement had been reached, setting minimum wage at K3,600 per day.

Complaints can be made within 60 days after the final announcement of the minimum wage. The National Committee for Minimum Wages Identification will submit the rate to the government after this 60-day period.

The minimum wage will be the same for all sectors of the whole country.

Labour groups proposed K4,000 per day but the garment factories countered, proposing a wage of K2,500 per day. The representatives of regions and states who are also members of the national committee proposed K3,500 to K4,000.

U Myo Aung, permanent secretary of Ministry of Labour, Employment and Social Welfare, said, “Most of workers will get a higher salary than now. Workers also need to improve capacity to improve productivity. If this happens, employers can afford to pay more.”

He claimed that the ministry will accept a proposal from employers concerned with overtime wages, to be set at 1.5 times the standard wage.

The rate will be approved after it is submitted to the government. The Minimum Wage Law was enacted in March 2013, setting this process in motion.