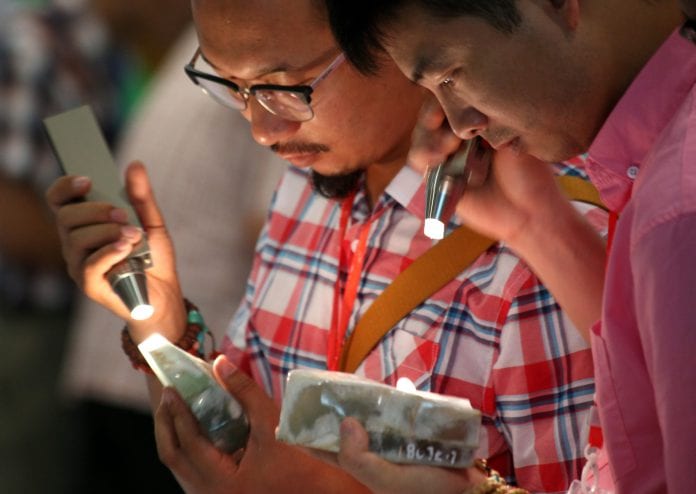 U Than Tun Aung, deputy minister for mining, said at a parliament session that the ministry is planning to set up a high-tech gem laboratory in Yangon to inspect the quality of Myanmar gems.

“The research department of Myanmar Gems Enterprise systematically inspects gems currently. We are also procuring a high-tech gem inspection apparatus to open a lab that meets international standards,” U Than Tun Aung said.

The lab is expected to be set up in September.

The lab will be installed in the Gems Emporium Hall located on Kabar Aye Pagoda road in Mayangone township in Yangon. It will conduct inspections on the gems produced incentral and northern Myanmar mines.

The 51st Myanmar Gems Emporium held in Nay Pyi Taw recorded record sales of over $3.5 billion, most of which came from jade sales.

Myanmar earned $65 million from exporting gems in the current fiscal year up to June.

The Supervisory Work Committee for jade has allowed jade mining to resume in areas of Kachin state after two years of suspension due to armed conflict.