Ministry of Cooperatives to Loan $144m to States, Regions 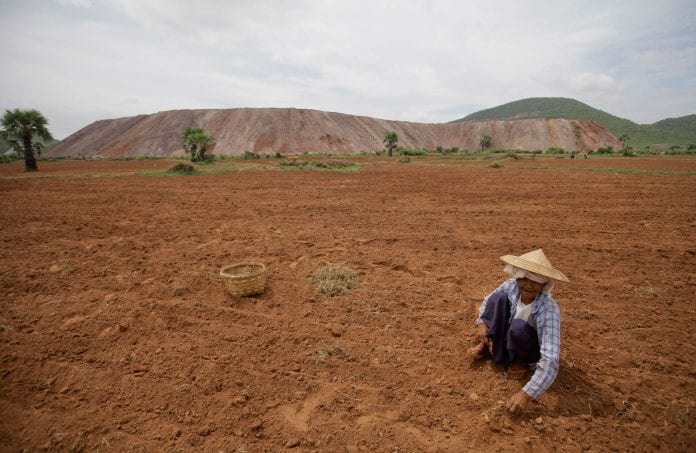 Over K160 billion ($144 million) will be given to regions and states to help farmers grow monsoon crops, according to U Kyaw San, union minister for cooperatives.

“It has been difficult to approve the loan. We struggled with critics and objections in the parliament,” he said, adding that the loans would be distributed with extremely low interest rate of 0.5 percent per year, as opposed to money lenders, who often charge as much as 10 percent per year.

Last year, many farmers failed to repay debts in time because of unstable weather and unfavourable market conditions.

He said these loans are not coming from the government’s budget, but from money borrowed from China and farm machinery bought on credit from South Korea.

Of the loan, K92.7 billion will be disbursed to farmer who did not receive previous loans and K70.5 billion to those who already received loans previously from states and regions. Machines and equipment for fisheries and agriculture worth over K57.15 million will be distributed in the coming months.

Ministry of Cooperatives lent K224 billion to about 2 million families in 23,000 villages and 307 townships around the country, according to official data.

In Yangon region, over K12 billion will be lent to farmers to develop agriculture and animal husbandry. Loans were previously in place, and the interest rate has been reduced from 0.5 percent to 0.15 percent.

In Yangon, K2.7 billion will be lent to those with outstanding debt to the ministry and K9.7 billion in new loans, according to U Myo Aung, assistant director at Ministry of Cooperatives.

U Kyaw San said that after the members repaid the loans, new loans could be taken out and the interest rate would be the same as the current loan. He said the loans are intended to support people and enable them to run a debt free business in a matter of years.