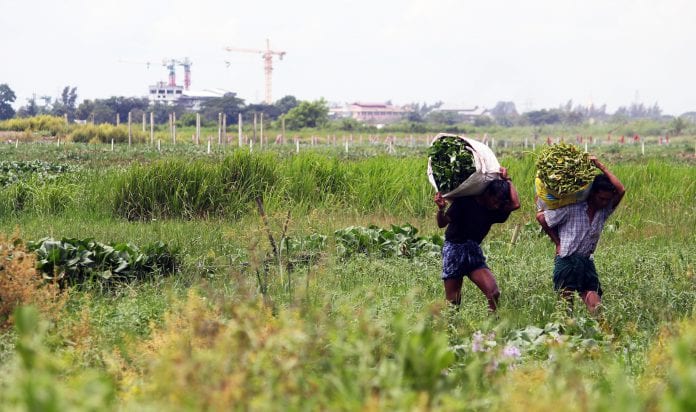 The Ministry of Environmental Conservation and Forestry has reclaimed 43.7 percent of the agricultural lands that were being used for other purposes, a minister said.

Among the 1,210,201 acres of land that had been granted for agricultural use in Myanmar, only about half, or 49.6 percent, was being used for its intended purpose, according to ministry data.

The government reclaimed 528,864 acres of land from 462 owners who had acquired land for agriculture but had been using it for other purposes, deputy minister for environmental conservation and forestry, U Aye Myint Maung said.

“The right to use land is being abused. Therefore land acquired for the purpose of developing private plantations that do not meet the requirements regarding the volume and duration of planting have been reclaimed from the private owners,” the deputy minister said.

The government has approved private forest planting in degraded areas since 2006 and as of the end of July in 2014-15 fiscal year, 215,174 acres for teak plantations, 103,445 acres for hardwood plantations and 891,582 acres for industrial materials plantations such as rubber and oil palm have been granted while 600,405 acres of private plantations have been developed, according to the figures of the ministry.

The ministry processes applications from individuals or organisations to develop plantations in degraded areas of the government’s conserved forests, and it scrutinises and grants long term tenure to small and medium enterprises to develop private plantations with the caps of 500 acres for teak, 100 acres for various hardwoods and 200 acres for rubber and oil palm.

“Currently we are preparing to be able to handle the application, review and approval processes for private plantations over the internet,” U Aye Myint Maung said.

“There are many people who have acquired lands stating they would plant rubber but use them for other businesses. Although the government says it is reclaiming that land, I haven’t seen any such case,” said a retired army officer who owns rubber plantations in Kyaing Tone township.