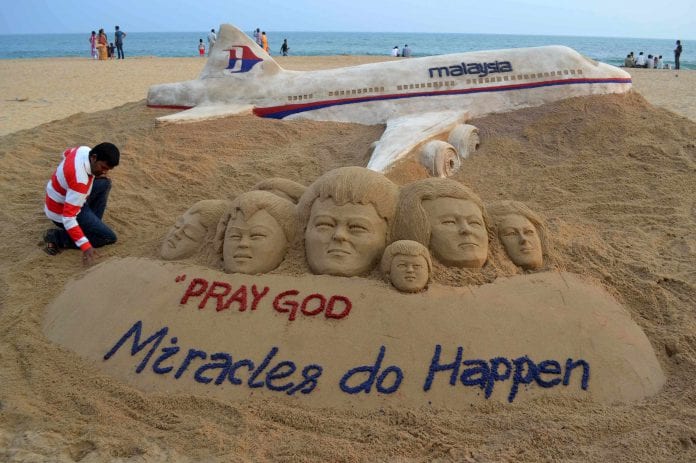 The disappearance of the Malaysian Airline System (MAS) jet could dent the national carrier’s plan to return to profit by end-2014, equity analysts said.

Flight MH370 disappeared early March 8 about an hour into its flight from Kuala Lumpur after climbing to a cruising altitude of 35,000 feet (10,670 metres).

MAS, which saw its net loss expand 171 percent to 1.17 billion ringgit ($359.12 million) in 2013 from 2012, could see a loss in bookings due to the missing airliner and some analysts believe it could lead to a change in management.

“We do not discount the possibly of changes to MAS top management, given the existing disappointing financial results and the severity of the current incident,” Daniel Wong, equity analyst with Kuala Lumpur-based Hong Leong Investment Bank, wrote in a note last week.

MAS officials declined to comment on any possible changes to management, saying their primary focus was to care for the families of the passengers on the missing jet.

The latest incident is the second mishap for MAS after a Twin Otter aircraft belonging to MASWings, a unit of MAS, crashed while attempting to land in October 2013, killing two.

“This could last for some time, even months,” said Pong Teng Siew, head of research at Kuala Lumpur-based Interpac Securities. “There will be some apprehension among travellers whether they should take MAS flights in the immediate future.

“Passengers and regular travellers of MAS will watch carefully how the top management handles this crisis situation. It means a lot to the future of the carrier.”

MAS has been aiming to turn around since it last posted an annual net profit of 237 million ringgit in 2010, but loss-making routes and competition from budget airlines like AirAsia have hurt the company.

It is only recently that it started to see its turnaround plan gain traction after a series of corporate exercises that helped improve cash flow and cut debt. The airline also gained the support of its 20,000-strong employee union following an aborted share swap with AirAsia in May 2012.

Eleven out of 12 analysts who cover the stock have either a strong sell or sell rating, while one recommended a hold, according to data compiled by ThomsonReuters.