Mobile Phone Users Up Tenfold Since 2010 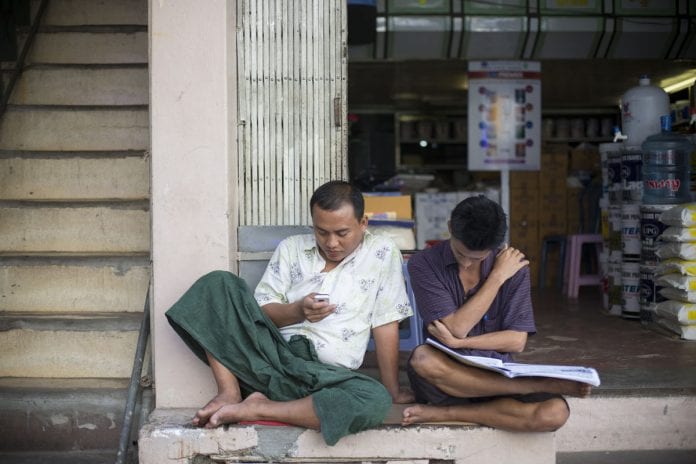 Currently, MPT subscribers make up 22.5 percent of the population, up from 2.77 percent in 2010-11, MPT said in a statement. The total number of mobile phone users in the country has hit 13.4 million so far, it added.

In addition, Qatari telecom firm Ooredoo and Norwegian operator Telenor have reported sales of 1.6 million and 2 million SIMs respectively, bringing the total mobile penetration to about 25 percent of the population.

Along with the liberalisation of the telecom market, internet service has been improved since its introduction of dialup service in 2000. The service has branched into fibre optic cables, satellite terminal, E1 lines, ADSL lines and mobile data network, accommodating the growth of user base.

Myanmar opened its telecom market last year when it invited bids from foreign operators. Ooredoo and Telenor, out of 91 applicants, were awarded an initial 15-year licence.

MPT, which previously had monopoly in the market and sold SIM cards at a price even as high as $5,000, scampered to cut down its SIM card price as new entrants came in. In September, MPT rebranded itself and introduced over 700,000 WCDMA 3G SIM cards at K1,500 ($1.5).

Ooredoo launched its SIM cards in August, while Telenor launched its own in September. Both the firms charge K25 per minute for calls and K15 for text messages, while MPT charges K50 per minute and K25 respectively.