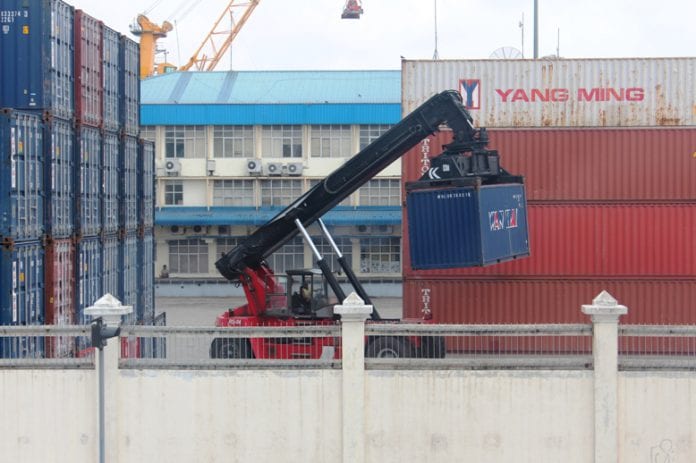 The increase in Myanmar’s imports has presented the need to deploy mobile teams to inspect cargo arriving through the country’s air and waterways for illegal goods.

Union Minister U Win Myint said authorities will organise mobile teams to inspect cargo being carried into Myanmar via the country’s air and water ways, to verify whether it’s legal or not.

Union Minister U Win Myint has confirmed a six-month test period has been arranged to survey foreign goods, being imported across Myanmar’s national boarders, through alternative transportation routes.

“Both overseas and local cargo will have to be measured simultaneously for the plan to succeed,” U Ye Tin Win said.

According to international rules, the transportation checking process starts when cargo containers are loaded from ships to ports in Myanmar – ships carrying foreign flags are not included.

Union of Myanmar Federation of Chambers of Commerce and Industry (UMFCCI) Joint Secretary U Aye Lwin said the changes to Myanmar’s cargo management are needed to develop the countries industrial sector.

“If we have safeguarded laws for our businessmen, there is no way to hide and protect illegal goods,” Joint Secretary U Aye Lwin said.

The Yangon region operates seven international cargo ports checking the arrival of goods being transported into Myanmar – tax income has increased by 20 percent from these border gates.

“To check illegal trade through water route within 2014-15 FY, it is arranged to purchase mobile X-ray machines hoping to get more believable results,” U Ye Tin Win said.

Illegal border trade has also dropped by over 20 percent in Myanmar over the past year, according to official data.