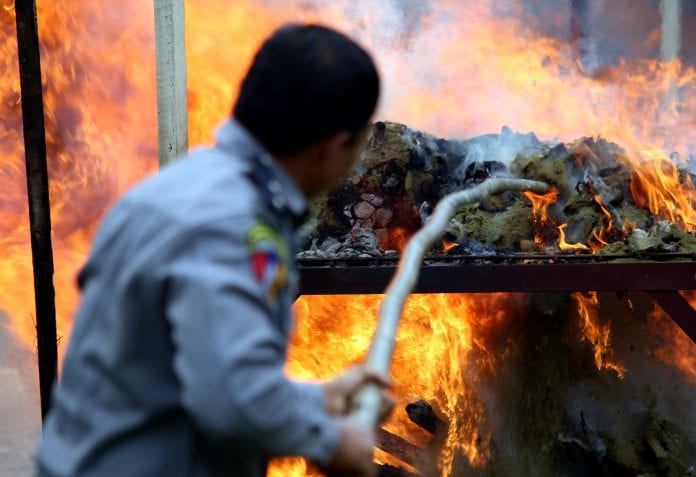 Statistics from the central committee for control of illegal trade revealed that its anti-smuggling mobile teams have seized an estimated K25.26 billion ($25 million) worth of contraband in 4,787 smuggling cases in the last two years.

“We have incorporated interdepartmental oversight where the customs department under the ministry of commerce oversees the inspection of goods while the police enforce security,” a committee member told Myanmar Business Today under the condition of anonymity.

He explained that many smugglers use routes around border trading stations, countered by joint task forces who conduct surprise inspections.

The joint task forces are aided by the One Stop Service (OSS), who coordinate staff involved in registering and tracking traders.

Under the oversight of the central committee, the mobile joint taskforces, along with reinforcements from OSS, have seized K21.9 billion worth of illegal goods in 3,875 cases along the Muse-Mandalay route (Chinese border), Myawaddy-Yangon route (Thai border) and border towns of Tamu, Tarchileik and Kyaing Tone.

During the same period, inspections of coastal ships and other vessels within the Yangon port area uncovered 21 smuggling cases involving K33 million worth of contraband and another K496.85 million worth of illegal goods were seized in 38 cases.

The perpetrators charged with the sea trade custom law and K1.23 billion worth of goods were appropriated in the Yangon port area with the tips from the public, according to the central committee.