Mobile Teams Seize K21b worth of Contrabands in 20 Months 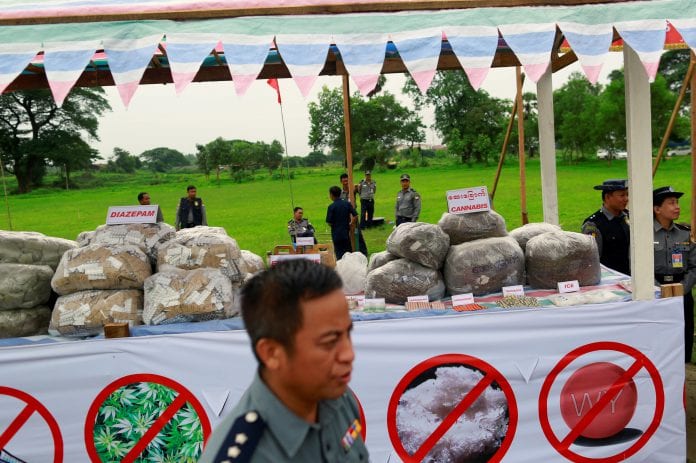 Anti-smuggling mobile enforcement teams have seized illegal goods worth nearly K21 billion ($21 million) from November 2012 to August 21, according to the Prevention and Control of Illegal Trading Central Committee.

The illicit goods are dealt with depending on the category in which it falls – counterfeit food and beverages products are destroyed, forestry and mining products and narcotic drugs are transferred to the relevant ministries.

Importers of forestry and mining products have the opportunity to withdraw their goods with penalties or they are sent to auction by the government. Narcotic drugs are destroyed after reaching the relevant ministry, according to the Prevention and Control of Illegal Trading Central Committee.

“Due to increased enforcement, goods that once moved through illegal channels are now flowing through official channels. We are conducting enforcement to promote consumer protection, reduction in the loss of state tax revenue, fair competition in the market and an enabling environment for SMEs that can lead to the development of increased exports,” said an official from the Central Committee.

Mobile teams have maintained 24-hour surveillance over the port areas in Yangon. Between September 2013 and August 21, mobile teams uncovered 49 cases, worth K1.23 billion, with the help of informants.