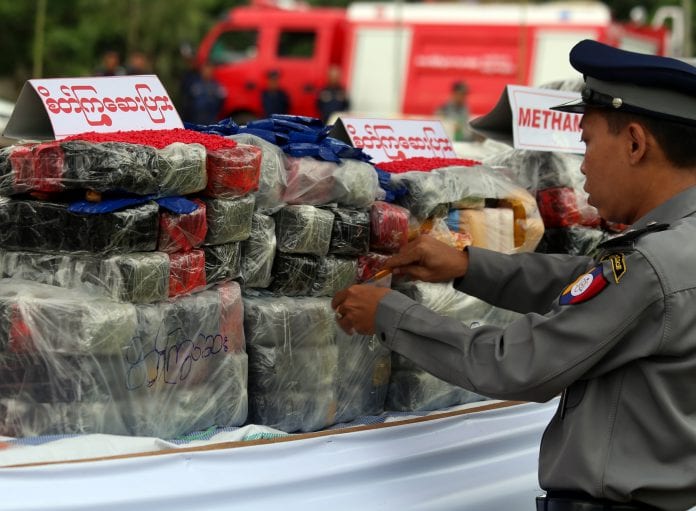 Nearly K500 million worth of smuggled goods have been seized in Yangon port areas from September 1, 2013 to September 25 this year by the anti-smuggling mobile enforcement teams, according to statistics from the Central Committee for Control of Illegal Trade.

“Currently a combined team made up of members from different departments are conducting inspections in six port townships in Yangon,” said an official from the committee.

The mobile teams have started enforcing the regulations, in accordance with the Sea Customs Acts, along the Yangon River and port areas following an education period from August 12, 2013 to September 1, 2013.

The inspections target overloaded sea vessels, smuggled and banned goods, goods absent from the manifest, or goods with different origins than was claimed.

Identified offenders face customs fines, demand for clearances or criminal charges in severe cases where the goods are confiscated as state property, according to the trade control committee.

An education period was initiated on July 7 at the Yangon International Airport, in which packages and boxes of goods are unpacked and inspected. This program has uncovered 82 cases of contraband thus far.