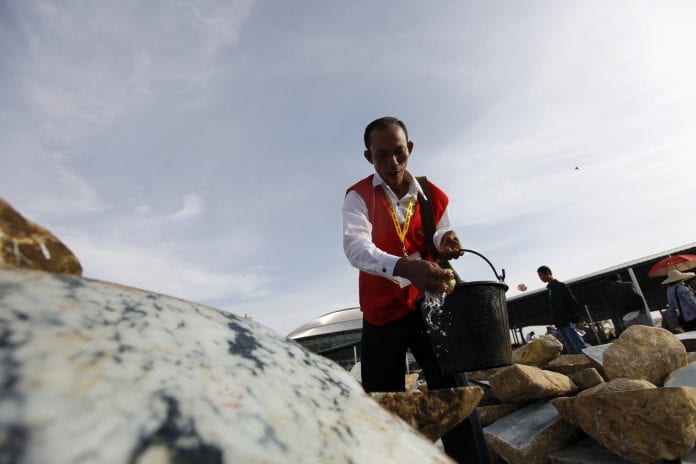 Gem mining plots from Mogoke in Mandalay and Mai Shu in Chin state, dubbed as the “treasure lands” by locals due to its enormous reserve of rubies, sapphires and other precious gems, went up for auction on July 28.

The auction, for both new and expired plots, will go on until August 27, according to the supervisory work committee for gem plots.

A large proportion of mining licence in the region will expire within the next five months and companies wanting to acquire or renew a mining licence can purchase an application form for K1 million ($1,000) per plot at the Ministry of Mining, the committee said.

Individuals from blacklisted companies are banned from bidding, and all bidders are required to attach a bank statement from a state-approved bank to validate their financial feasibility. Maps of the mining plots have been put on display at the Gems Museum in Nay Pyi Taw.

“Mining companies, foreign or local, should operate in accordance with the appropriate standards, and also make sure to prevent conflict in relevant areas,” said U Win Aung from an initiative working for Myanmar’s accession into EITI.

U Ko Ko Aye from Myanmar Mining Association said: “[The authorities] need to make sure that the social environment of those areas are not harmed and small scale operations are protected.”

A mining licence for gems usually last for three to five years. However, the government might consider changing the terms and conditions for this auction, officials said.

The mining sector earned $7 million from exports in the current fiscal year as of the second week of July while the volume of investment from local businesses amounted to more than K13 billion, according to statistics released by the Ministry of Commerce.