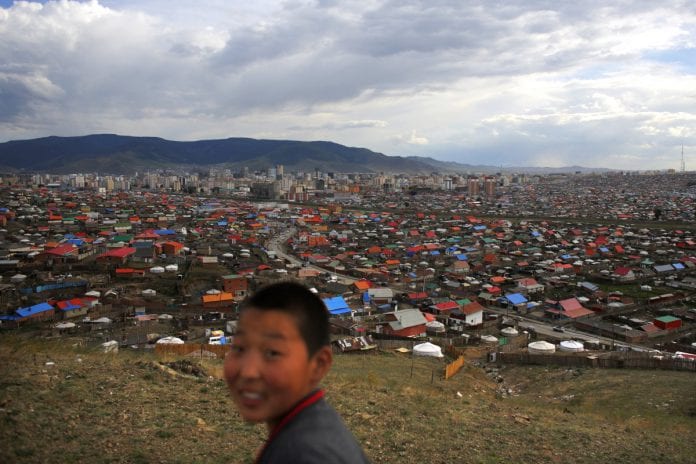 Mongolia has agreed to establish a working group with China to oversee the construction of new road, rail and pipeline infrastructure connecting the two countries with Russia, a member of a Mongolian government delegation to Beijing said.
The official, speaking to Reuters on condition of anonymity, said landlocked Mongolia aimed to become a “transit corridor” to facilitate trade between its two giant neighbours and reduce the costs of delivering Russian commodities like oil and natural gas to energy-hungry Chinese markets.
The topic was high on the agenda during talks between Mongolian Prime Minister Norov Altanhayag and his Chinese counterpart, Li Keqiang, last week, according to the official, who is a senior adviser to Mongolia’s economics ministry.
Speaking by phone from the Mongolian capital, Ulan Bator, he said the working group would probably be set up soon and that Mongolia was open to allowing Chinese firms to invest and build the infrastructure.
“Given the capacity that both countries can bring to the table, China is expected to be heavily involved in terms of financial resources and technology,” he said.
Soaring Chinese demand for commodities like coal has underwritten Mongolia’s rapid growth, with more than 90 percent of its exports sold to China.
But Beijing’s growing economic hegemony has caused disquiet among Mongolian lawmakers, with a decline in foreign investment last year caused in part by a hastily drafted law to limit foreign ownership in “strategic” sectors.
The law was designed to block efforts by China’s state-owned Chalco Group to acquire a majority stake in Mongolian-based coal miner South Gobi Resources.
But the official said such fears had now abated.
“The atmosphere is more mature now, and that implies that there should be a pragmatic approach to economic relations with our two neighbours, and we hope that the investment community will also recognise this subtle shift,” he said.
“There was such a (negative) current of thought in 2010 and 2011 – Mongolia has never experienced such rapid industrialisation based on mining, and so of course we had to look at the security implications. Now the people are more comfortable working with our two neighbours.”
Mongolia had ambitions to become China’s top coking coal supplier, largely through the development of one of the world’s biggest untapped mines at Tavan Tolgoi, near the Chinese border.
But Mongolia has complained that it has not received fair value for the coal, arguing that the lack of alternative buyers allows Chinese firms to drive down prices. A dispute with Chalco, which signed a supply deal with Tavan Tolgoi in 2011, has contributed to a decline in coal shipments this year.
Mongolia hopes improved infrastructure will allow it to generate more revenue from its coal sector. A rail link to the Russian far east is under construction and half of a direct rail line into China has been completed, with the project scheduled to be finished by 2015.
The official said that Mongolia’s state-owned railway operator signed a memorandum of understanding with China’s biggest coal producer, the Shenhua Group, last week on building cross-border railways to help deliver coal. Shenhua was not immediately available to comment on the matter.       Reuters