HomeMMBIZ NewsMost Burmese Migrants in Thailand Want to Go Home, But Not Yet
MMBIZ News

Most Burmese Migrants in Thailand Want to Go Home, But Not Yet 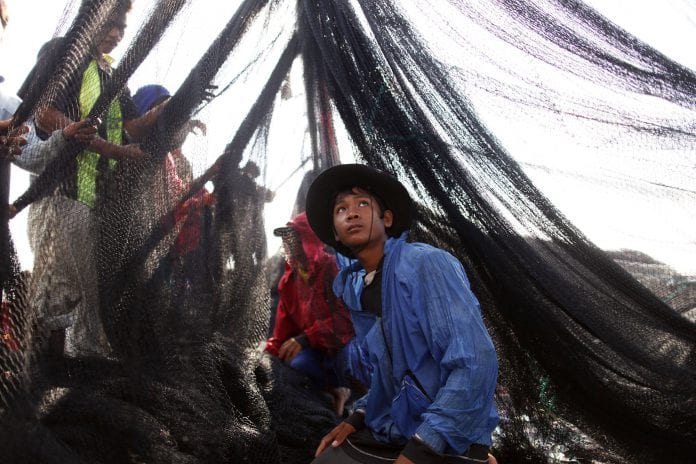 Almost four out of five Burmese migrants in Thailand would like to return to Myanmar because of the positive political and economic changes taking place there, but few are thinking of going home within the next two years, the first comprehensive survey on the migrants’ attitudes found.

Workers from Myanmar make up the bulk – 2.3 million – of the 3 million migrants employed in Thailand, the International Organisation for Migration (IOM) said.

Many are low skilled and engaged in backbreaking work in labour-intensive sectors such as agriculture, fisheries and construction. Many also left their homeland because of the harsh economic and political conditions there under military rule that lasted some 50 years.

The Thai business community has raised its concern that the unprecedented changes in Myanmar, which is emerging from military rule and modernising and opening up its backward economy, would damage Thai industries such as fisheries and construction that rely heavily on Burmese migrant workers.

The survey, conducted by IOM Thailand and the Asian Research Center for Migration (ARCM) at Chulalongkorn University in Bangkok, is the first to produce a broad understanding of the situation and views of Burmese migrants in Thailand, and the results were announced at an annual conference at Chulalongkorn University to mark International Migrants Day. The survey was based on interviews with 5,027 migrants in seven provinces.

Almost 80 percent of respondents said they would like to return home while 82 percent said they were influenced by the changes in Myanmar.

“The results indicate that many migrants are looking to return to Myanmar within a few years. If this is the case, then Thailand may well be confronted with a shortage of workers, which highlights the need to improve salaries and work conditions to remain competitive. Thailand should also continue to facilitate registration for work visas,” Jeffrey Labovitz, chief of mission at IOM Thailand, said.

Contrary to Thai employers’ concern about an immediate outflow of Burmese migrants, almost half of those who said they want to return home have no timeframe for their departure. Only 14 percent were looking to return within the next two years.

Migrants who have been in Thailand for a long time and have legal options to remain are less likely to opt to return home, as are those who enjoy satisfactory working conditions including better incomes, the IOM said.

The survey covered migrant workers from all parts of Myanmar but the two largest groups are from Mon (26.7 percent) and Shan (19 percent) states which border Thailand, said IOM Resettlement Officer Michiko Ito.

While the majority moved to Thailand for economic reasons, almost one out of four of those from Shan state said they fled conflict and violence, she said.

Premjai Vungsiriphisal, senior Researcher with ARCM, said the results of the survey have implications for Thailand which, according to a study last year by the National Office of the Economic and Social Development Board, faces a labour shortage of 5.36 million by 2025.

“Job sectors paying lower wages will be most affected. If they want to keep the workers, they need to increase the wages,” she said.

Thailand has a strong economy, a declining birthrate, and an unemployment rate of less than one percent. It raised minimum wages earlier this year to attract more migrant workers, but economic growth in Cambodia and Laos is expected to tempt more of their overseas workers to go home.

Separately, the IOM said that 2,360 migrants round the world died in 2013 while trying to cross international borders secretly, the highest toll recorded in a single year.

According to the State Enterprise Workers’ Relations Confederation of Thailand (SERC) and Migrant Workers Right Network (MWRN) statement, only 1,972,504 migrants are permitted to legally work.