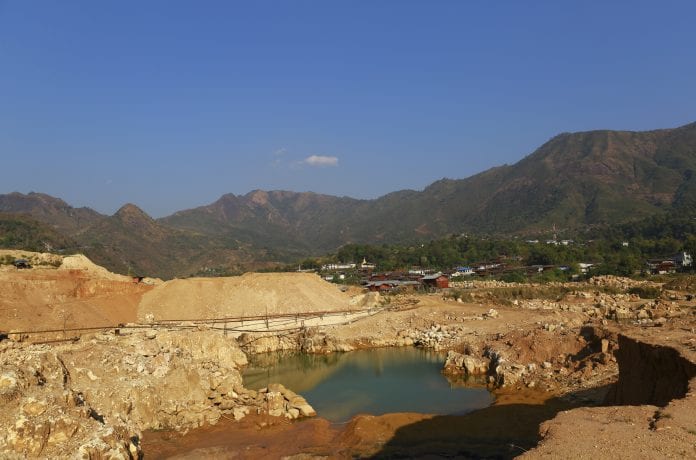 The group said when it seeks public responses from companies for specific human rights allegations in Myanmar, the response rate is 47 percent – in contrast to a global response rate of over 70 percent.

BHRRC said the sectors approached most frequently regarding allegations in Myanmar are oil, gas and coal (almost half or 47 percent of these approaches), finance, banking and insurance (19 percent) – illustrating the exposure of this sector to allegations of involvement as financier or insurer in projects linked to human rights abuses, tourism (10 percent) and dam-building or hydropower projects (8 percent).

Telecoms and internet providers are also likely to come under increased scrutiny – including calls to ensure affordable access and to protect privacy and freedom of expression, BHRRC said.

Companies doing business in Myanmar and in Southeast Asia should make vital information about their policies and operations publicly available, especially those related to their human rights practices, BHRRC said in a statement.

The organisation emphasised that investment in Myanmar must be accompanied by responsible practices and respect for human rights: for example, some areas of greatest concern include people displaced for hydropower, mining and agribusiness projects who should be adequately consulted and given fair compensation; and workers who should be guaranteed a living wage and the right to organise.

BHRRC referred to the UN Guiding Principles on Business and Human Rights as a source of guidance on how companies should communicate externally and provide a measure of transparency and accountability to individuals or groups who may be impacted by their business, including investors.

According to its Executive Director Phil Bloomer, “Transparency is an essential first step to underpin economic reforms, fight corruption, and improve companies’ respect for human rights. It is vital to companies’ social license to operate, especially in contexts that pose risks of severe human rights impacts.”

Explaining its company response process, BHRRC said when the organisation receives allegations that a company has abused human rights, its researchers contact the company immediately and invite a public response: before making both the allegations and response available on its website.

BHRRC said the organisation aims to “expose reality in a field too often dominated by rhetoric, and to help protect vulnerable people and communities against abuses.” It also provides guidance materials and examples of good practice, to help companies understand their human rights responsibilities.

Over the past 10 years that it has been covering Southeast Asia, the organisation said it has observed that seeking responses from local and regional companies has been more challenging, “due to the lack of publicly available information about the companies themselves, as well as their failure or neglect to recognise the importance of responding publicly to human rights concerns.”

Bloomer said: “With the dramatic increase in investment in Myanmar, communities and workers can benefit enormously, but there is an equal danger of substantial abuse such as forced displacement of people from their homes and land, poverty wages, and dangerous conditions at work.

“The first action all companies must take is to communicate with affected communities and other stakeholders by providing public information about their plans and human rights policies.

“Only with this basic first step can there be hope that growing investment will bring shared prosperity and shared security to the people of Myanmar.”