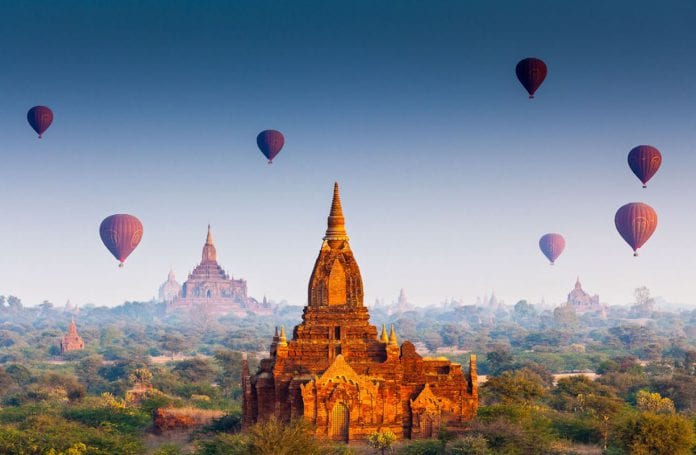 Foreign tourists make the bulk of the hot air balloon riders in Myanmar’s top tourist draw, presumably because riding in a hot air balloon for one hour costs about $300 per person.

U Si Thu, manager of Golden Express Tour, said, “Some tourists visit Bagan especially to ride balloons. Some local visitors are able to afford the price but choose not to.”

Most people riding balloons are from Germany, France, the US, the UK, Japan, China and South Korea. Hot air balloon services to see views of Bagan started in 1999, and three travel agencies currently operates balloon services there.

More tourists are expected to ride balloons as the tourism sector experiences growth every year. The service stops from March to October because of monsoon and unstable wind.

The licences for balloon crews are issued by the Ministry of Hotels and Tourism and the testing is carried out by the Department of Civil Aviation under the Ministry of Transport.

U Htay Aung, minister for hotels and tourism, said at a meeting of balloon service providers that Myanmar should ensure that historic buildings are not harmed as the balloons fly over Bagan.