Muse to be Made Jade Trade Hub 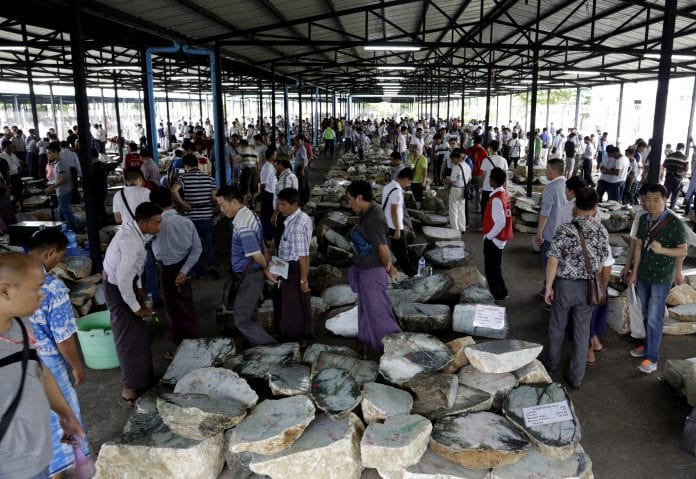 A central economic zone currently being implemented in Muse, the border town adjacent Shwe Li (Ruili) in China’s Yunnan province, will include jade trading facilities, according to the project director U Ngwe Soe.

The jade trading facilities include markets and shops, and will be completed within six months, he said.

This is expected to transform Muse into a trading hub in the China-Myanmar jade trade. The economic zone which will cost around $51 million is expected to be completed in 2017.

“China is buying most jade [from Myanmar] and the market thrives in Shwe Li, so we are focusing on the emergence of a jade market in Muse along with the economic zone as well as preventing under-pricing of local jade,” U Ngwe Soe told Myanmar Business Today.

China is the top jade buyer from Myanmar, but jade exports to China from April 1 to October 10 earned $577 million, $94 million less than last year.

However, traders say situation is improving. “Although the market doesn’t support trading using the US dollar, it is heading in a positive direction now,” U Zaw Bo Khant from Jewelry Traders Association told Myanmar Business Today.

According to the Ministry of National Planning and Economic Development, around 3,443 tonnes of jade have been exported to China during the first three months of the current fiscal year (April to June).

However, the current technology applied in jade quality analysis procedures lags behind that of other countries and needs to be upgraded, gemologists say.