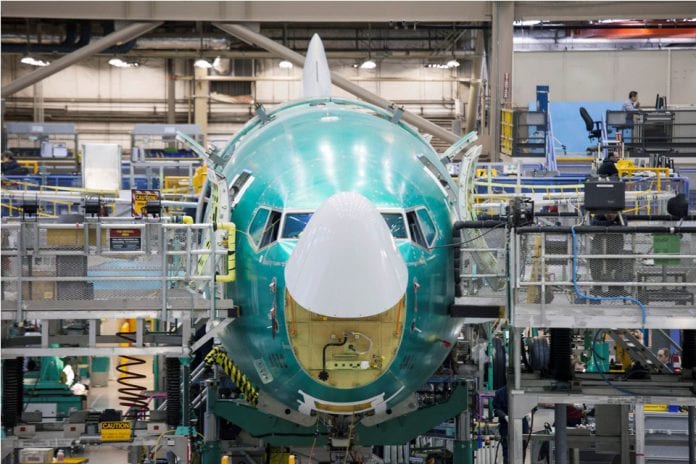 Myanma Airways (MA), Myanmar’s flag carrier, will lease six 737-800 and four 737-8MAX single-aisle jets, according to a joint statement from the firms.

GECAS, the commercial aircraft-leasing arm of US-based General Electric Co, said the deal had a list price of $960 million and the aircraft will be delivered through 2020. The first plane will be delivered in June 2015 and is part of an existing order by GECAS.

Leasing companies rent aircraft to airlines in exchange for a monthly fee. Each 737 aircraft is worth about $90 million at list prices when ordered directly from planemaker Boeing.

MA will work with GECAS to develop and upgrade its airline fleet and expand routes into key markets in the region, officials from Myanma Airways told a news conference on the sidelines of 2014 Singapore Air Show.

“Myanma Airways, which has suspended international operations since 1993, is now going to re-enter the international market with the support of our good friend and partner GECAS,” Minister for Transportation U Nyan Htun Aung said.

“We hope that we could become well known again to international air travellers.”

The carrier plans to expand its international routes to Japan and South Korea. Currently, its only external flight is to Buddhist pilgrim destination Gaya in India.

“We are delighted to work with GECAS to develop and upgrade our airline fleet and expand routes into key markets in the region,” said Captain Than Tun, Myanma Airways Managing Director.

“Our collaboration with a leading multinational US company like GE will benefit the airline and the economy of Myanmar.”

“We are pleased at GE to work with Myanma Airways to provide new, state-of-the-art Boeing aircraft,” said Norman CT Liu, president and CEO of GECAS. “This is an important milestone for the airline and for the development of Myanmar’s aviation industry.”

Derek Mitchell, US ambassador to Myanmar, reportedly described the agreement as the “largest commercial sale” by a US company to Myanmar in decades.

“It is an important moment for both our countries and I assume it will be the first of many such moments among American businesses and Myanmar.”

Mitchell has been a strong supporter of GE’s recent efforts to enter the Myanmar market. In addition, GECAS’ AviaSolutions consulting business has signed a memorandum of understanding with the airline and will work with its senior management to develop a strategic growth plan for the airline with a focus on route and network development.

GECAS has a fleet of over 1,620 owned and serviced aircraft with over 230 airlines.

After years of isolation, Myanmar is seen as one of the last frontiers for aviation in Asia, with passenger numbers surging as new airlines spring up and foreign carriers rush in.

However, there are concerns about the lack of infrastructure and the country suffers a poor safety record.

Myanma Airways grounded its three Chinese-made Xian MA60s in 2012 after two of the turboprop aircraft suffered accidents on landing within a month.