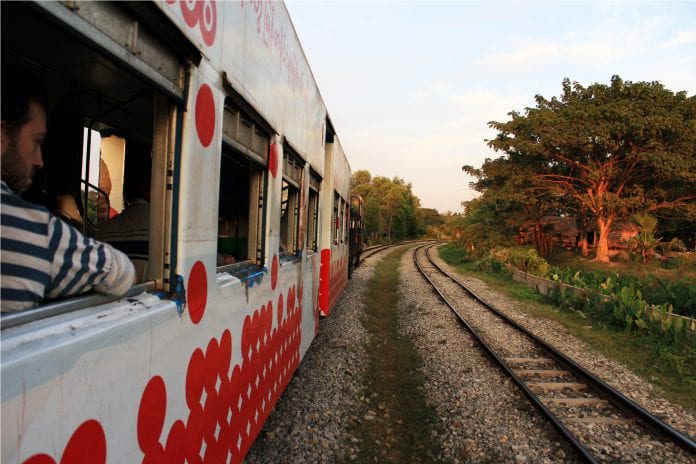 State-run Myanma Railways has invited proposals from local and foreign firms to provide consultation services for construction of underground optical fibre cables (OFCs) along the railroads across the country.

The deadline for submitting the EOIs (expressions of interest) is March 20.

The firm that will win the contract will provide consultation services to plan the construction, calculate the expenditure and set tender regulations in line with international practices before a tender to implement the OFC is floated, Myanma Railways said.

The underground cables when installed will be leased to businesses that require high-speed data transmission pathways while they will also be used by the MR for its own communications.

“There are local companies that can handle this project but foreign companies are more desirable as we can learn from their international experiences and technologies, while at the same time encouraging foreign investment,” U Ba Myint, general manager of Myanma Railways, told Myanmar Business Today.

Still, the construction tenders will be awarded to both local and foreign firms, he said.

“The project will be divided into sections, for instance, Yangon may be a section and Mandalay another one. We will lease land on a long-term basis to direct investments while joint investments will be done through a interest sharing basis.”

Myanmar has over 6,000 kilometres of rail tracks with 39 primary branch lines and over 900 stations. The project will include installing transaction cables between stations and service centres at the stations.

The government’s railways connect all the cities, towns and townships across the country so accompanying them with data transmission cables will enable easy communication access for new facilities such as towers, banks or internet cafes outside major urban centres.

Fibre cables have been conventionally connected along the electricity grids or gas pipelines but such infrastructures usually bypass cities and towns causing additional barriers and costs. Railroads spread across the urban and rural areas provide a better option, U Ba Myint said.

“Developers have to deal with all kinds of people when they construct either towers or underground cables on land owned by various parties entailing higher capital requirements and risks. If they install cables along the railways, they will have to deal with only our enterprise and it will be easier to detect defects along the line,” said U Ba Myint.

The tender and agreement signing processes for the construction project are set to be completed in 2015 while the project is expected to be launched in early 2016, according to Myanma Railways.