Myanmar: A Land of Opportunities? 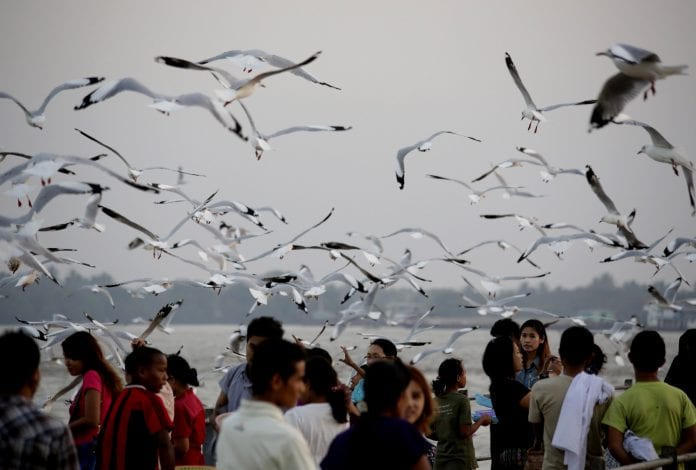 Strategically located between China and India, rich in natural resources with a young population eager to learn and build on their skills are just a few of the opportunities observable in Myanmar. Sanctions have been lifted to a great extent, helping the nation with its reform process and foreign governments have opened embassies. Since the opening in 2010, many things appear to have improved in the country with more visible advancements to follow soon.

Although somewhat uncertain and not inexpensive, the process of investment in Myanmar can be very rewarding, as the country’s reforms offer rarely seen opportunities. Fortunately for the country it is located at the crossroads between Bangladesh, China, India, Laos, and Thailand, countries that are home to more than 40 percent of the world’s population and positioned as highly potential neighbouring markets. Not only are these economies growing rapidly but the economic integration in the region is gathering momentum, and Myanmar is part of that process.

Among Myanmar’s intrinsic strengths are its rich endowments of natural gas, oil, and precious and semi-precious stones. The nation is the main driver behind 90 percent of the world’s jade production and one of the top producers of rubies and sapphires. Moreover, Myanmar has extensive agricultural areas, which, despite the fact that currently the most important segment of the country’s economy, remain largely untouched. The country is currently self-sufficient in food and has room to develop its arable land for exports (of rice, palm oil, cereals and pulses) especially once improvements to the productivity of the sector are amended.

In respect to human resources, Myanmar has a vast amount of literate, willing and able workers which points to a well presented advantage for Myanmar. In contrast to many economies whose GDP growth is already constrained by an aging population, trends in the working-age population of Myanmar are likely to remain a positive contributor to growth at least until 2030. Additionally, an estimated three to five million migrant workers who left the nation to work abroad, have likely improved their skills and in return can benefit the country – if they were to return.

The opening of the Myanmar economy should with no doubt benefit the labour market in the following years. Educational institutions will undergo reforms to cater the demand of the market economy – fostering business and job creation for economic growth. Both in theory and in practice the government is working towards guaranteeing a transfer of knowledge and know how to its citizens from foreign investors. Under the Foreign Investment Law enacted on November 2, regulations state that during the first two years of operations, in a foreign company, 25 percent of all skilled workers and technicians must be Myanmar citizens; 50 percent of the workers for years 3–4; and 75 percent for the years 5-6. As such, foreign investors are obliged to train the local staff to meet the yearly restrictions.

Even though the country has opened its gates for foreign investors, President U Thein Sein has consistently emphasised that investments have to be aligned with the broader environmental and social goals of the country. In respect numerous changes in laws and regulations the government seeks to provide jobs for its population through market-orientated economy and good quality industrial jobs. It is also keen to retain its own skilled workers. At the same time, the Thein Sein administration is eager to engage more trading partners and investors beyond its immediate neighbours to diversify and strengthen the foundation of its economy. It seeks to leverage overseas countries’ developmental experience and ensure balanced foreign participation in new industrial projects.

At the same time it can be argued that foreign investment, can for example drive out local producers and monopolise the market. Nevertheless, it appears that Myanmar is in fact planning their process of opening the country very carefully and is not jumping to fast implementations but rather guaranteeing the sustainability of their nation.

A major concern in the past was the nationalisation of foreign businesses. Understanding that this is a key risk, the government has taken a few key steps. The first of these is that Article 36 of the Constitution guarantees that the government will not nationalise businesses in Myanmar. The second is that the text of the Foreign Investment Law also includes such language. The chance of a small business being nationalised in today’s investment climate is virtually zero. Similar investor protection provisions can be found in the newly enacted Myanmar Special Economic Zones Law, which is applicable in the three Special Economic Zones – Dawei, Thilawa and Kyaukphyu.

Myanmar has a large opportunity for development and sustained growth. But the road ahead is not presented on a silver platter. The government will have to prioritise its efforts and ensure delivery. On the economic front, Myanmar needs to maintain macroeconomic stability, enhance and expand education and vocational training to close its skills gap, invest heavily in infrastructure, improve the ease of doing business, and strengthen its financial system. A politically stable environment is just as important.

Myanmar has missed out on the enormous progress in growth, productivity, and also poverty spreading across Asia in the last decades. Companies interested to invest in Myanmar need serious commitment of time and also financial resources to tolerate some of the uncertainties related to establishing businesses. Nevertheless, this knowledge gap can be filled simply by talking to local experts and contacts within Myanmar, making country visits and ensuring that due diligence is done.

As long as Myanmar stays on the course on reform and transformation, it has a number of intrinsic assets and a highly supportive external environment on which to build. Potentially, the country has the ability to shine as one of the prime growth stories in the Asia-Pacific region offering great opportunities for investors to generate impressive long-term returns, but only if they ensure that growth does not come at the expense of the people of Myanmar. The economy could develop at a pace that may surprise many people and begin to put to rest any remaining nervousness about the country’s prospects.

Despite its challenges, Myanmar is an exciting opportunity not to be missed.

Christoph Pellech is a legal consultant at Strohal Legal Group, a law firm offering highly personalised services specialising in international and cross border business. In Myanmar, SLG provides services under the name U Min Sein & Strohal Associates Law Firm. The views and opinions expressed here are the author’s own and do not necessarily reflect Myanmar Business Today’s editorial opinion.