Myanmar ranks 85 out of 86 countries surveyed in a measure the economic, social and political benefit gained from the Web, only Ethiopia ranking lower, as detailed a report produced by the Web Foundation.

However, this report may not be fully applicable given the rapid pace of changes in connectivity in the past few years. In a statement about their data collection, the report claimed that, “data releases should be regular, with new data released at least every three years,” a huge amount of time in terms of Myanmar’s internet development.

The report was scarce on data for Myanmar, using the countries current name, but a mixture of the new and old flag.

The measure of universal access, in which Myanmar ranks 84th, ahead of Burkina Faso and Ethiopia, is based on quality of infrastructure and the ability of citizens to use the internet. 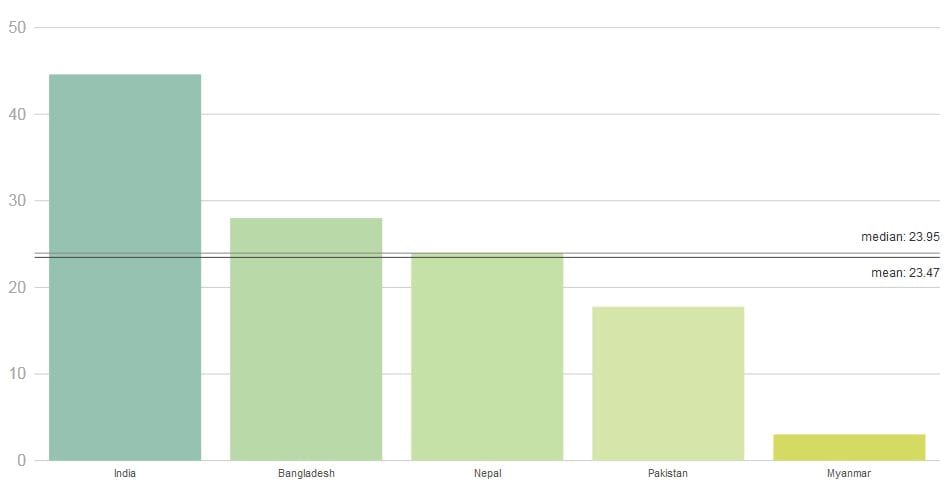 Freedom and openness is Myanmar’s bright point, in which it ranks 74th.  The report grades countries on “the extent to which citizens enjoy rights to information, opinion, expression, safety and privacy online, and some aspects of internet neutrality.”

Myanmar lacks relevant content, putting the country in 85th place, only ahead of Benin.  It is based on “the availability on the web of relevant and useful content to various stakeholders in each country, in the main local languages.”

In terms of empowerment, Myanmar is ranked 80th, based on how much citizens use the internet to bring about changes in society, economy, politics and the environment.

The Web Foundation was founded by internet pioneer Tim Berners-Lee, and the group advocates the inclusion of internet access as a human right.