Myanmar: Adjusting for Growth in The Financial Sector 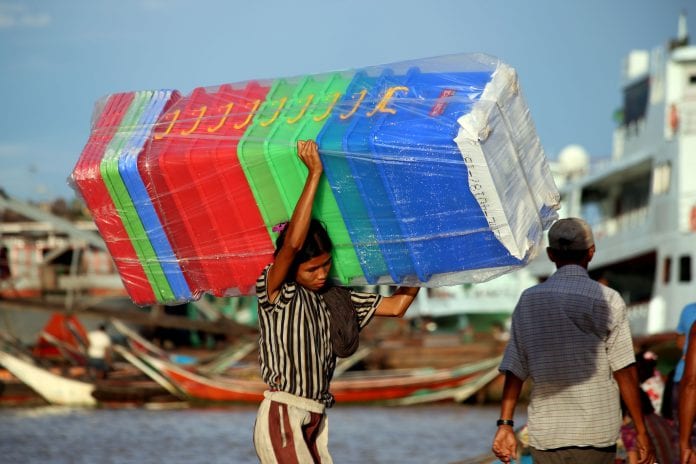 Authorities in Myanmar are determined to foster economic progress and have placed financial inclusion on their list of priorities. In an attempt to tackle demand for increased financial services, Myanmar has taken numerous steps in the last 24 months, such as the adoption of a floating currency, liberalisation of the insurance industry and the independence of the Central Bank of Myanmar (CBM). Following these adjustments, 2014 is set to see the CBM grant operating licences to foreign banks, while 2015 has been set as the target date for the establishment of the Yangon Stock Exchange.

According to a recent joint study by the UN Capital Development Fund (UNCDF) and the UN Development Programme called Making Access Possible (MAP), only 4 percent of families surveyed have bank accounts in their own names, 39 percent have no access to any kind of financial services while 31 percent opt for unregulated financial assistance such as money lenders or borrowing money from family or friends. Sponsored by the UNCDF and the multi-donor Livelihoods and Food Security Trust Fund (LIFT), the 2013 MAP survey covered 5,100 households and suggested that while there is strong potential demand for regulated services, current product offerings do not match the needs of the unbanked population.

Microfinance initiatives are being undertaken to address the issue, and Dr Maung Maung Thein, the deputy minister for finance, announced at the Financial Inclusion Roadmap Conference in Nay Pyi Taw in May that the ministry aims to increase the banked population from 30 percent to 40 percent by 2020.

In an attempt to increase access to financial services, many local banks are opening branches in rural areas. However, critical momentum for financial coverage is only expected to be gained once infrastructure improvements are made within the telecoms sector. Similar to other emerging economies, local banks are positioning themselves to offer mobile banking services. U Pe Myint, managing director of CB Bank, told OBG, “The majority of people have limited access to the internet. Mobile banking gives our people the chance to do their banking activities with greater ease.”

With two international telecoms providers set to launch their services in 2014, Myanmar is well positioned for a rapid rise in both mobile penetration and mobile banking activity. “The future of personal payments in this country is SMS banking, similar to success stories in Africa, such as Kenya where mobile banking plays a major role,” Joe Barker-Bennett, a consultant for Tun Foundation Bank, told OBG.

According to the Myanmar Investment Commission, approved foreign investment nearly tripled to $4.1 billion in 2013/14 fiscal year from $1.4 billion in the previous year. With an expanding economy and underdeveloped banking system, many international banks are vying for an operating licence in the once isolated nation. However, feelings are mixed, as Daw Kim Chawsu, head of transformations at Kanbawza Bank (KBZ), told OBG, “There are two trains of thought. First the entrance of foreign banks will assist in the development of the sector, and second that they will squash local competitors out of the market.” She added, “Local banks can benefit from this development. Infrastructure, funding, technology and expertise are all things that international banks bring to the table.”

Foreign banks can only enter the market in the form of representative offices at present however the CBM plans to grant between five and 10 licences this year. Local media reports suggest that the newcomers will be faced with certain restrictions, such as not being allowed to engage in retail banking or dealing uniquely in foreign currency.

Although local banks may be concerned by the possible role of foreign-owned banks in the future, there is some recognition that their presence may also encourage international companies to invest in Myanmar. U Than Lwin, the deputy chairman of KBZ, told OBG, “Foreign banks should be allowed in on a step-by-step basis. This will assist with the development, as well as the protection, of the sector.”

While the financial sector in Myanmar is still decades behind its ASEAN neighbours, progressive steps within insurance, accounting and telecoms place the country in good stead to leapfrog years of technology and establish a modern banking and financial services industry. However, this depends greatly on the CBM’s decisions regarding the entrance of foreign banks and the restrictions they will face.

Michael Nesbitt, editorial manager for Myanmar at Oxford Business Group (OBG), is in charge of producing sector specific research in Myanmar. Based in Yangon he works alongside a team of analysts to produce OBG’s Flagship annual reports which offer unique insights coupled with a comprehensive review of investment opportunities in key growth sectors.