Myanmar Airlines Resort to Overseas Fuel Due to Price Disparity 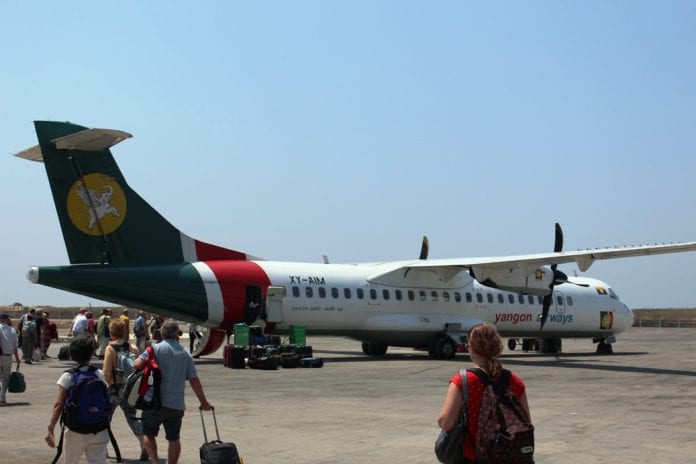 A $1 per gallon difference in the price of jet fuel between Myanmar and its neighbours is causing domestic and international airlines to increasingly look outside for cheaper prices.

The issue of fuel costs is considered to be a major issue in the competitiveness of Myanmar domestic airlines.

“While flying overseas, even to Thailand, one plane uses over 10,000 gallons of fuel. Domestic airplane fuel is a dollar more expensive than foreign prices, which causes refuelling in Myanmar to cost an extra $10,000,” Mandalay Airlines Chairman U Khin Maung Latt said.

“No business can ignore this. Therefore, we fill petrol when we reach Thailand,” he said.

In May, the Myanma Petroleum Products Enterprise (MPPE) invited foreign companies to form a joint venture to improve its jet fuel distribution system.

The MPPE, which is responsible for carrying out the retail and wholesale distribution of petroleum products under the Ministry of Energy (MOE), currently distributes about 127 million litres of jet fuel a year at 11 airports around Myanmar, including Yangon, Mandalay and Nay Pyi Taw. However, the tender was called for only Yangon International Airport.