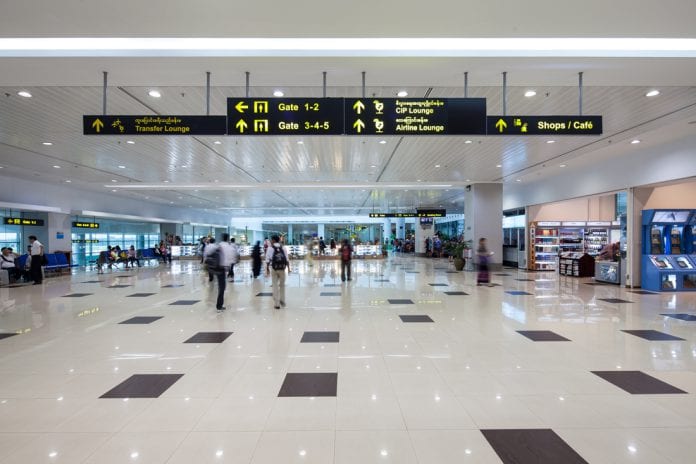 Myanmar’s international market currently consists of about 81,000 weekly seats, including over 75,000 seats at the country’s main airport in Yangon and about 5,500 at Mandalay, according to Innovata, a leading travel content management and distribution solutions company, and CAPA- Centre for Aviation.

The rapid opening up of the Southeast Asian country and the lifting of economic sanctions has fuelled the exceptional growth.

Another year of rapid growth is expected in the Myanmar market as international and domestic carriers continue to expand in response to growing business and leisure demand, CAPA said in its analysis.

Eight foreign carriers have since launched services to Myanmar while several carriers which already served the country added capacity.

Following the 9-January addition of Dragonair, Myanmar is now served by 21 foreign carriers which account for about 80 percent of total capacity to and from the country.

International carriers will continue to expand their operations to Myanmar in 2013 although at a more modest level as it will take time for the capacity added in the second half of 2012 to be absorbed, particularly given the shortage of hotel rooms and other infrastructure constraints.

However, 2013 could see more rapid domestic growth as the country’s six existing domestic full-service carriers look to profit from growing demand for travel within the country and Myanmar’s first low-cost carrier, Golden Myanmar Airlines, enters the market.2013 will also be a key year for airport expansion projects as private consortiums take over at Mandalay and start building a new airport outside the main city of Yangon.