Myanmar ‘Backsliding’ on Reforms in Some Areas, Obama Says 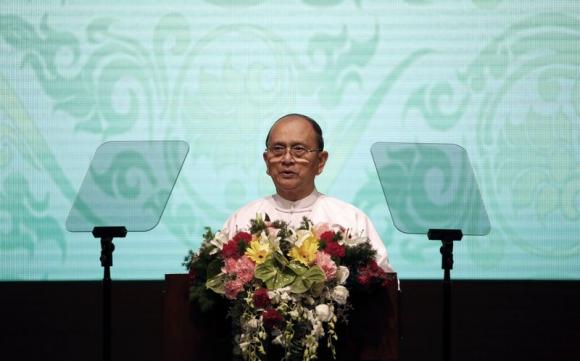 Myanmar's transition from military rule has not been as fast as hoped and the government is "backsliding" on some reforms, U.S. President Barack Obama said in an interview published on Wednesday, hours before he was due to visit the country.

Obama cited the persecution of members of the ethnic Rohingya Muslim minority, a crackdown on journalists and reports of abuses in ethnic minority areas where autonomy-seeking insurgents have operated for decades.

"Even as there has been some progress on the political and economic fronts, in other areas there has been a slowdown and backsliding in reforms," Obama told the Irrawaddy, a website and magazine that was published in neighboring Thailand while the generals ran Myanmar, which is also know as Burma.

"In addition to restrictions on freedom of the press, we continue to see violations of basic human rights and abuses in the country's ethnic areas, including reports of extrajudicial killings, rape and forced labor. These kinds of abuses represent the painful history that so many people in Burma want to move beyond."

A semi-civilian government took power in 2011 after 49 years of military rule and initiated sweeping reforms, including releasing political prisoners and lifting restrictions on political parties and the media.

In recognition, the European Union and countries like Canada and Australia lifted sanctions imposed in response to the junta's suppression of democracy. The United States has suspended sanctions but not lifted them entirely.

"Not long ago, few would have imagined the progress and reforms we're seeing," Obama said, while adding the government had to do more to ensure the reforms "stay on track".

Obama is due to arrive in the capital, Naypyitaw, later on Wednesday.

He will attend summits of the Association of Southeast Asian Nations followed by an East Asia Forum on Thursday and will also hold talks with Myanmar President Thein Sein, a general who left the military to lead the reformist government.

On Friday, he will meet pro-democracy figurehead and opposition leader Aung San Suu Kyi in the commercial capital, Yangon. She is barred by the constitution from becoming president after an election next year.

"This election will be critical to establishing a representative democracy that reflects the aspirations of all the people of Burma," Obama said.

"And of course it will shape how the United States engages with the country going forward."(Reuters)