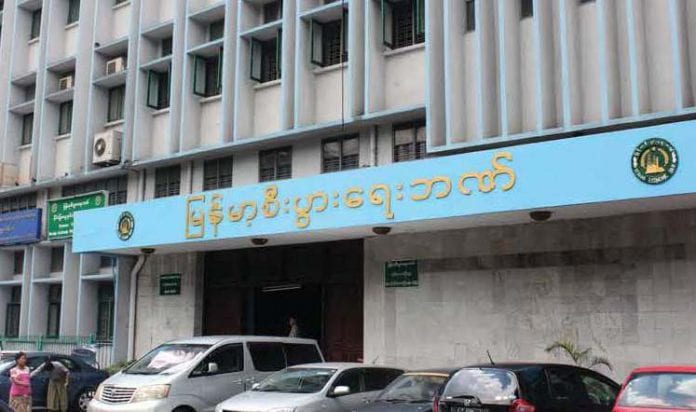 “Counterfeit detection machines are expensive but every bank should install them,” said U Thein Lwin, an advisor to Kanbawza (KBZ) Bank. Myanmar currency notes, printed with German technology, have reliable security features but have fewer colours and slight quality difference compared with other countries’ notes which can deter counterfeiters," he explained.

“Currency in some countries use up to 10 colours on a single note. Our notes are largely dominated by a specific colour making it easy to counterfeit. It may be harder to fake if four, five or even ten colours are used,” he said.

The police are conducting follow-up investigations after seizing counterfeit notes worth over K90 million and arresting three people in Belin in Mon state in late November, Police Second Lieutenant Zaw Min Oo from the Police Headquarters in Naypyitaw said.

Ten K10,000 notes and printers were also seized in Yangon on November 26 in a case where a Kyi Myin Daing township convenience store owner’s suspicions led to the uncovering of a stash of counterfeit notes and printing equipment in an apartment in Sanchaung township, leading to the arrest of two suspects. The registered resident of the apartment is still at large, the police said.

The police are investigating to see if there is any connection between the suspects arrested in Mon state and Yangon while also finding out how they obtained the paper and machines for counterfeiting and whether they have connections with local and foreign money counterfeiting rings, Second Lieutenant Zaw Min Oo said.