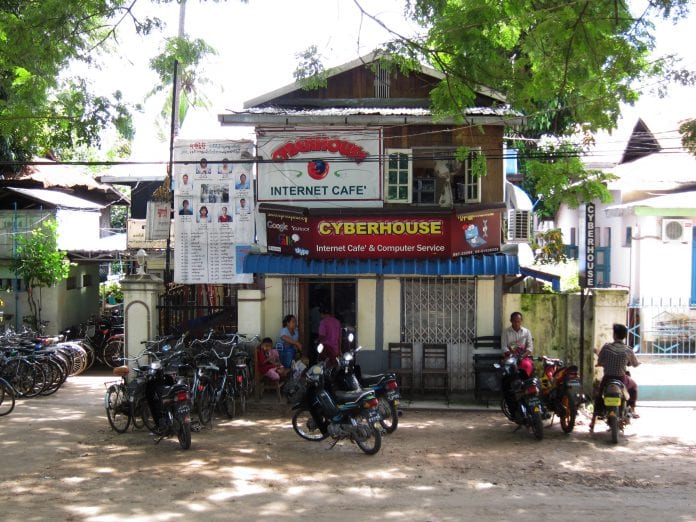 A4AI Executive Director Sonia Jorge and Deputy Minister for Communication and Information Technology U Thaung Tin met last week in Yangon to sign a formal memorandum of understanding, which formalised this development and marked the start of collaborative work between Myanmar, A4AI and local stakeholders to drive down the cost of internet access in the country.

U Thaung Tin said: “Affordable internet access is one of the basic rights for our people and will help create positive impacts to change the ways we do things in our daily life – from education, business, and trade, to healthcare and government.”

One of the least connected countries in the world, the ITU reported that just 1.2 percent of Myanmar’s 51.4 million citizens were using the internet in 2013. While this figure is rising rapidly – the government has recently estimated that up to 15 percent of its population is now online – many challenges to access remain.

Myanmar will work with the alliance, its members and a range of local stakeholders to create and implement progressive policies and regulations designed to develop an open, robust and affordable broadband market, A4AI said.

A4AI is a technology sector coalition, with more than 70 members – including Google, UK DFID and USAID – from across the private, public and not-for-profit sectors. Launched in 2013 by the World Wide Web Foundation, A4AI and its members are working to drive down the cost of broadband Internet around the world. A4AI is working specifically to achieve the UN target of broadband priced at 5 percent or less of monthly income.

After decades of dictatorship, Myanmar has made strides in recent years to expand the adoption and use of ICTs among its population – the government abolished its draconian policy of media censorship in 2012 and deregulated its telecommunications sector in 2013.

Following the liberalisation of the telecommunications sector in 2011, the ICT sector has been growing at a breakneck pace. Today, three mobile operators offer voice and mobile internet services – one state-owned operator and two private, Qatar’s Ooredoo and Norway’s Telenor.

Despite these efforts, Myanmar remains one of the least connected countries in the world and high broadband access costs keep many offline. The infrastructure needed to support the huge demand for and growth in supply of internet services remains underdeveloped, particularly in rural areas of the country, where the majority of Myanmar’s population resides.

A4AI said the capacity of users, regulators, and government officials to understand and  use the internet effectively needs to be increased, as does access to a steady and reliable power supply.

However, Jorge added that Myanmar may have an advantage over nations with more developed markets.

“Unlike many other countries, Myanmar does not have to undo years of bad policymaking or incoherent regulatory regimes to unlock these benefits fast; rather, it can focus on building forward-looking frameworks now and leapfrog other nations that have to revise out-of-date policies. We are delighted to get to work, and are confident that the collaborative development of policies and regulations based on established best practices will result in the steady growth of broadband infrastructure and markets with the goal of increasing affordable universal access in Myanmar.”

A4AI, which is already working in Ghana, Nigeria, Mozambique and the Dominican Republic, said it will now work with a diverse multi-stakeholder coalition in Myanmar to support the development of a policy environment.

The first multi-stakeholder meeting in Myanmar followed the signing ceremony, and saw over 75 representatives from the government, private sector, and civil society come together to discuss current barriers to affordable internet access in Myanmar and to form a local coalition that will work to tackle these challenges.