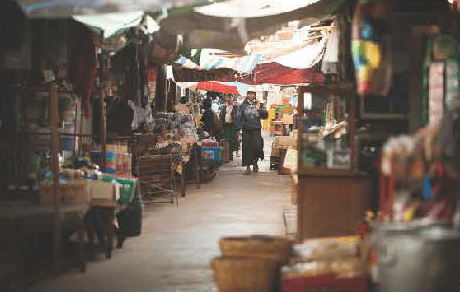 Bank to lend to gems industry to open soon
A Gems Development Public Bank will be established soon to lend to business people from the industry, local media quoted Myanmar Gems Merchants Association Chairman Yone Mu as saying. There are about two dozen local private banks in Myanmar at the moment.

Japan FDI to increase in current fiscal year
Japanese foreign direct investment (FDI) into Myanmar during the present fiscal year, which started on April 1, will be much more than last year, especially in the SME and infrastructure sectors, local media quoted Federation of Chambers of Commerce and Industry Chairman Win Aung as saying at a recent forum. Total Japanese FDI in the first five months of this fiscal year was $327 million, more than during the same period in the previous fiscal year.

Rice exports up 25pc on Russian demand
Rice exports from Myanmar have risen more than 25 percent this fiscal year, according to the latest figures from the Ministry of Commerce. Between April 1 and August 15, $196 million worth of rice has been exported, up $57 million from the same period last fiscal year, the ministry said, attributing the rise to increased demand for steamed rice from Russia. Rice exports rose to 1.33 million tonnes worth $528 million in fiscal year 2012-13, but dropped to 1 million tonnes last fiscal, fetching $380 million.

Indian Gov’t plans to import 500,000 tonne rice from Myanmar
The Indian government is planning to import 500,000 tonnes of rice from Myanmar to meet its Public Distribution System (PDS) requirements of two north-eastern states, Tripura and Mizoram. This comes in the wake of likely disruption of rice supply to these states due to the proposed railway gauge conversion work starting October 1. It is for the first time in decades that the country will import rice in such significant quantities for PDS purpose. The idea is to import from the neighbouring country for a year, as the mega block would likely exist for that period of time.